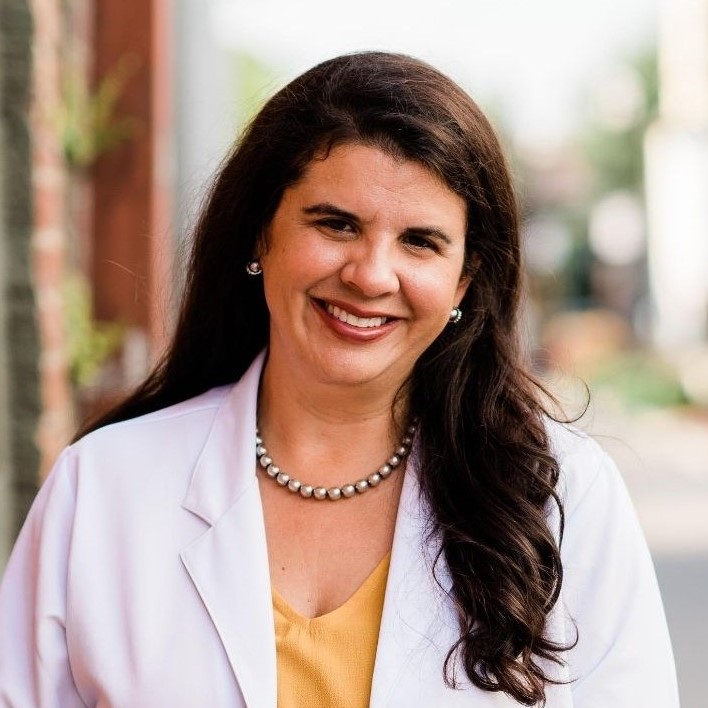 When asked by Marty Kemp, wife of Georgia Governor Brian Kemp, to create, implement, and lead the medical program for a human trafficking center for teenagers, Heather rose to the task.  Wellspring Living is the first of its kind in the state of Georgia, and Heather implemented its medical intake system.  She now leads its multi-disciplinary team to support comprehensive, holistic care and placement for each participant.  When necessary, she provides Sexual Assault Nurse Examiner assessments for patients and appears in court as an expert witness to testify on behalf of program members.

In addition to that work, Heather is founder, owner and clinical director of the Sexual Health Optimization and Wellness (aka SHOW) Center outside of Atlanta.  She conceived of the facility to provide “a safe, non-judgmental place for patients with sexuality concerns and looking to achieve optimal wellness.”  This includes offering services for sexual health, menopause, sex after birth and sexual trauma.

Heather is on the board of the National Association of Nurse Practitioners in Women’s Health and adjunct faculty at Georgia State and Vanderbilt.  We are grateful that she precepts many of our students!  Throughout all of her work, Heather has published and gives lectures, and is involved in legislation and lobbying at the Georgia Capitol on issues affecting advanced nursing practice, rural health care, human trafficking and women’s health.  She received her DNP at Chatham University in Pittsburgh. 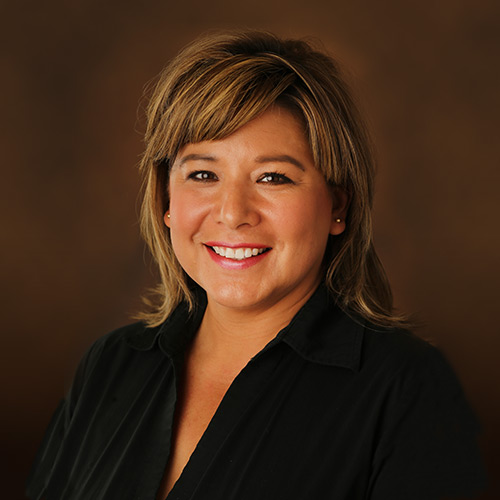 Early in her career, as a certified diabetes educator at Claremore Indian Hospital in Oklahoma, Michelle provided comprehensive diabetes education and care to over 4,000 Native American patients.  Hers was one of the first sites in the Oklahoma Area to participate in the Diabetes Audit, a national aggregate of clinical outcomes, which led to the improvement of patient tracking and standards of diabetes care.

Working at United South & Eastern Tribes, Inc, an inter-tribal organization, Michelle managed a $2.5 million grant leading to the implementation of a national certified electronic health record in nine Indian Health Service areas.  Her work improved workflow efficiency, increased productivity, provided a comprehensive immunization record, and decreased over and under immunization in patients.  She developed the curriculum for Indian Health Service public health nursing informatics training, funded by the American Recovery and Investment Act of 2009, and then implemented this program at ten sites.

Michelle has been deployed by the Indian Health Service to assist Tribes affected by California wildfires and provided emergency health services to over 100,000 athletes and spectators at the North American Indigenous games in Denver.

She has recently taken on a new role with the Centers for Disease Control and was stationed at Boston Logan International Airport in the early days of COVID-19, to lead the team that conducted screening of all arriving international passengers.  She is on faculty at VUSN, preparing the next generation of informatics nurses in a time when they are becoming increasingly needed. 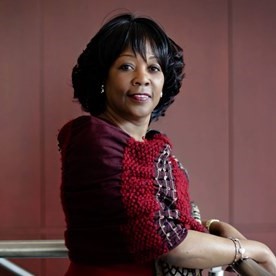 Rumay is a person of many firsts.  She has spent the greater part of her career helping others to be conscious of how each person’s circumstances and experiences affect who they have grown to become.  At the University of North Carolina-Chapel Hill – the oldest public university in the country – where she started as the director of the Office of Multicultural Affairs at the School of Nursing and recently served as associate vice chancellor and chief diversity officer for the entire university, Rumay has coached faculty, staff and students to be open to views other than their own.

Her enthusiasm is “for equity of opportunity and… for holding courageous dialogues to steward and promote human flourishing.”  On this topic, Rumay has written multiple articles and book chapters, and served on numerous commissions and initiatives.  She is a speaker, a teacher and a mentor.  Her work is utilized by many varied organizations striving to foster equity and inclusion of people from multiple backgrounds.

Rumay served as president of the oldest nursing organization in the U.S., the National League for Nursing.  She received the American Organization of Nurse Executive’s Prism Award for workforce diversity leadership and the Southern Regional Education Board’s M. Elizabeth Carnegie Award.  In 2019, Rumay served as a consultant to VUSN where she spoke to faculty, staff and students about inclusive excellence.

Currently Rumay holds several positions at UNC-Chapel Hill: professor in the School of Nursing, special assistant to the dean of the Adams School of Dentistry, and former associate vice-chancellor for diversity & inclusion and chief diversity officer.  She holds a doctor of education in administration and supervision from Tennessee State University in Nashville. 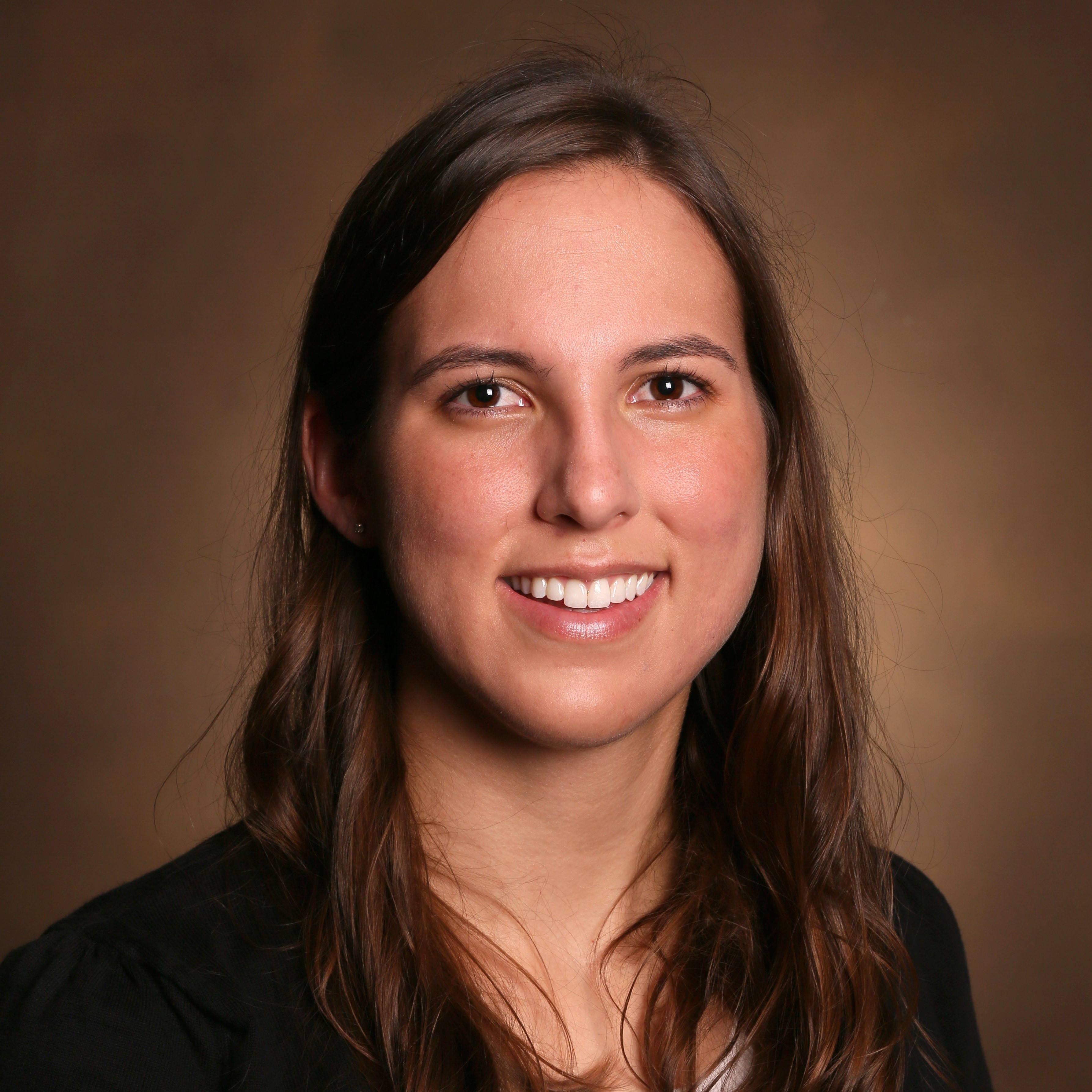 Jessica graduated with her MSN as VUSN’s Founder's Medalist.  She began working at the Homeless Psychiatry Consultation Liaison Service in the Vanderbilt Department of Psychiatry and Behavioral Sciences while a student in our DNP program.  In January 2020, she was named team lead for advanced practice providers at Vanderbilt Psychiatric Hospital, where she was the very first psychiatric nurse practitioner to be promoted from the nurse practitioner track to that of clinical assistant professor.

Jessica is a leader within multiple organizations, such as chair of the American Psychiatric Nurses Association Practice Council, secretary for Sigma Theta Tau's Iota Chapter, president of Vanderbilt's chapter of the National Alliance on Mental Illness, and co-chair for VUMC's Advanced Practice Professional Development Committee.

Jessica’s nominator commented, “To say that Jessica is a rising star and has outstanding promise in health care is a marked understatement.  She is not only the best colleague with whom I’ve ever worked and supervised, but she is the most clinically attuned, socially conscious, patient-centered advocate that Vanderbilt, as a whole, has likely had and will have for many years.  She has been at the center of many ethically complex cases over the last several years.  Where others may have stepped away, she will step in.  I have watched as she has quietly gained the respect of students, nurses, residents, physicians and the community.  Given this award honors someone with outstanding promise in health care, I can think of no better person to represent the School of Nursing in this area.” 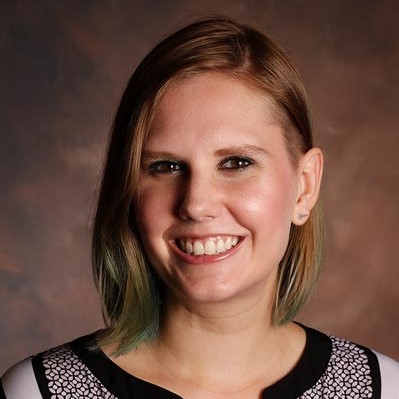 Rachel is a reference and instruction librarian at Vanderbilt’s Eskind Biomedical Library and serves as the library liaison to VUSN.  In that role, she collaborates with faculty and students of all nursing specialties and degree-levels, to explore phenomena of interest and develop high quality, sound search strategies.  She has a broad reputation for being especially responsive, informed and dedicated.

Students in our DNP program consistently report that Rachel is an invaluable resource.  They rely on her expert librarian skills to guide their literature searches.  She goes above and beyond her professional responsibilities by offering students support to be successful.  They note that she has a keen understanding of nursing students’ scholarly work, and facilitates their learning in a way that complements course’s didactic components.

Rachel Lane Walden is truly a Friend of Nursing. 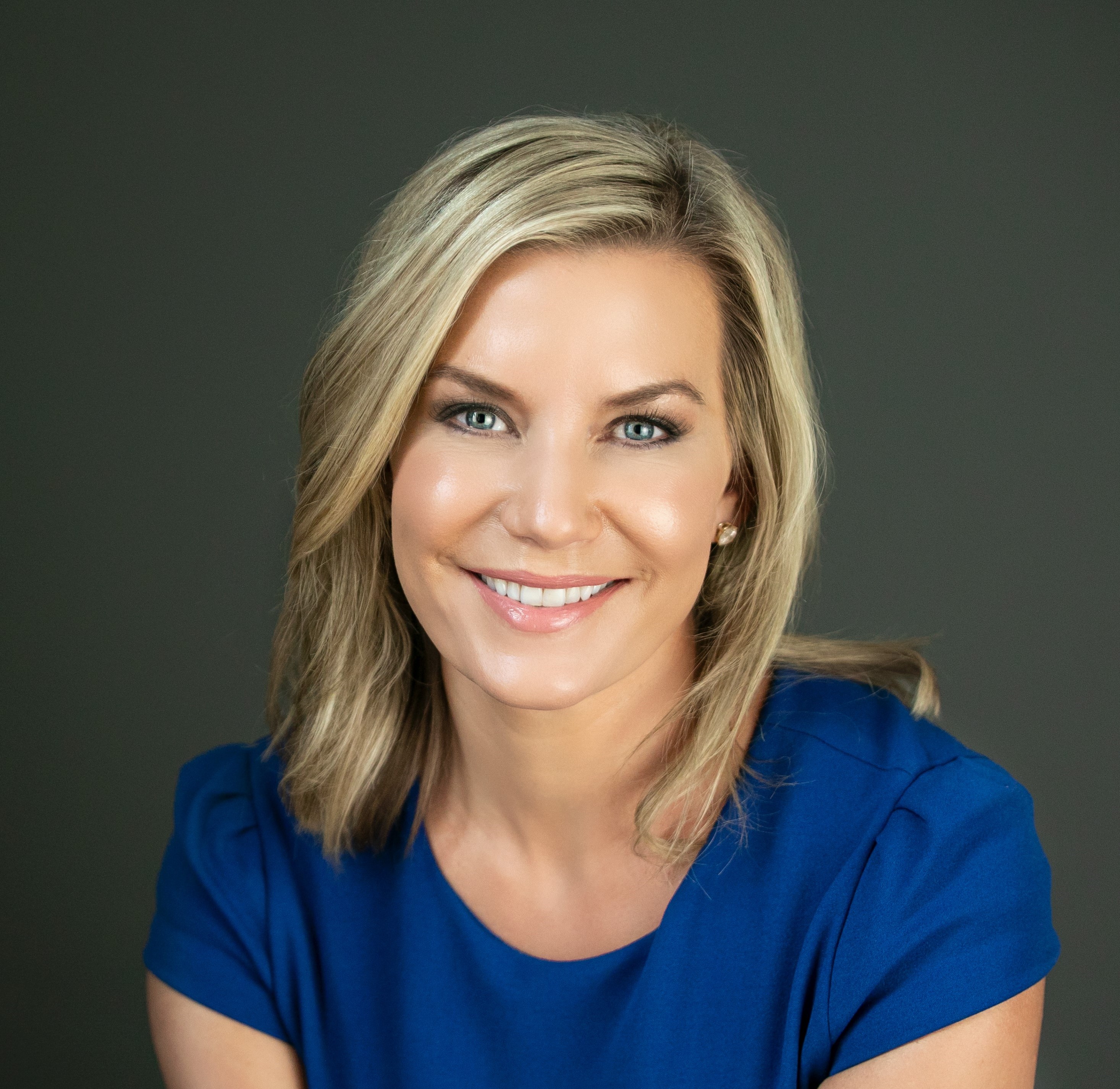 Katy is a member of Vanderbilt’s inaugural DNP cohort.  In 2014, she partnered with Senator Bill Frist, MD, to found Aspire Health, where she served as chief clinical officer.  Under her leadership, Aspire trained over 800 advance practice providers, doctors, nurses and social workers across the country, growing to be the largest palliative care practice in the U.S.  Katy coached countless nursing leaders, each building their own army of community palliative providers.  In a short time, the Aspire model was adopted by the Center for Medicare & Medicaid and transformed reimbursement and policy norms.

As founder and CEO of TopSight, LLC, Katy educates health care partners to build models of community-based support for aging populations.  Confronting the COVID-19 pandemic, she has designed training for providers on having difficult conversations concerning life or death decisions about patient care.

Her nominator stated that Katy’s “disruptive innovation, compassion and gritty entrepreneurial leadership have touched hundreds of thousands of both providers and patients across America and led to major value-based policy changes that continue to support Medicare beneficiaries and families suffering from serious illness today.” 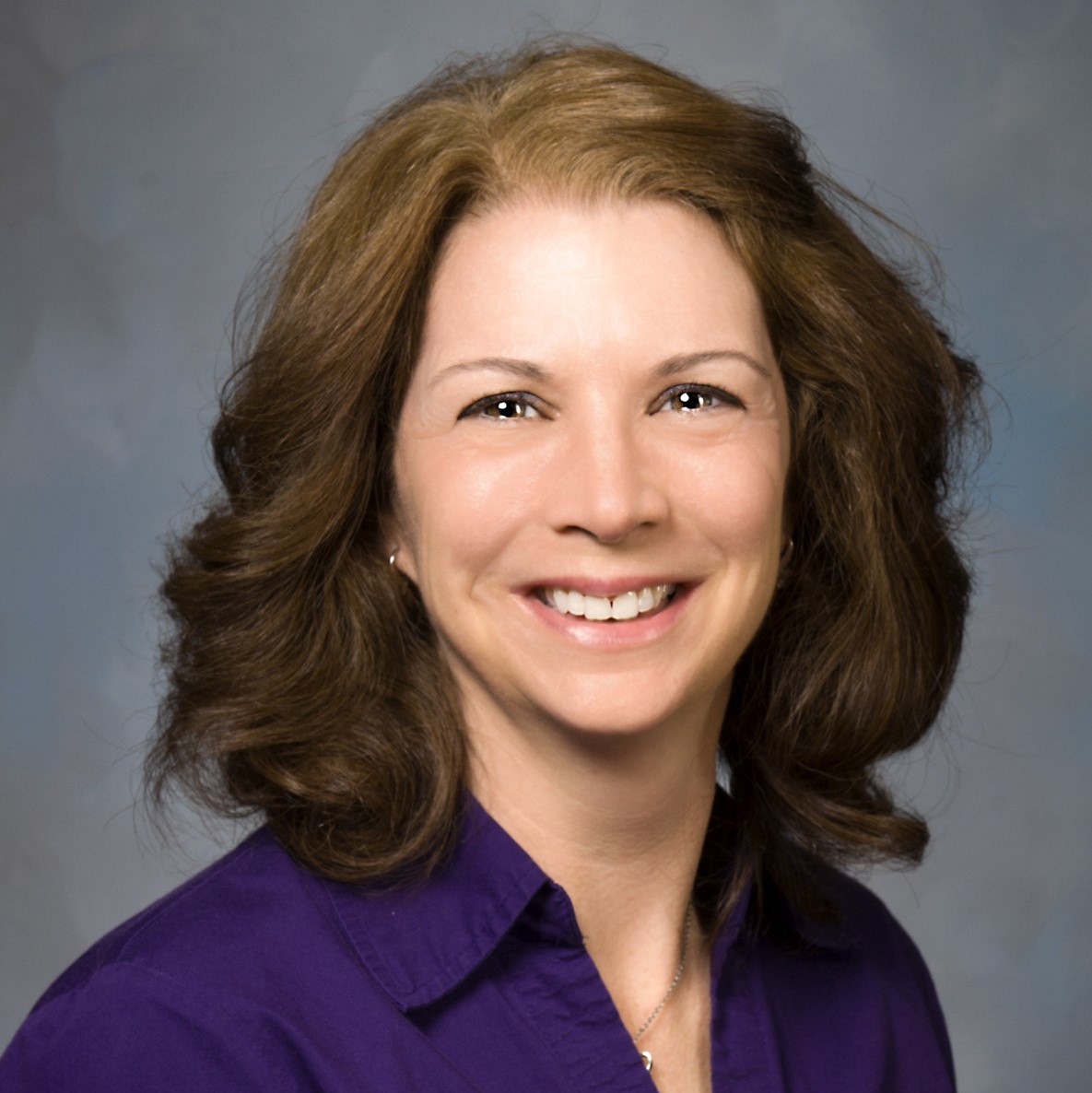 Melissa is a full professor in the Whitson-Hester School of Nursing at Tennessee Tech and a practicing family and pediatric nurse practitioner in Cookeville, Tennessee.  As a founding member of the Renaissance Foundry Research Group – a team of interdisciplinary scholars dedicated to advancing innovation-driven learning – Melissa designs courses and opportunities for students to create tools that solve health care problems.  Many of these projects combine the nursing curricula with those of engineering, computer science, professional studies and education so that students from multiple disciplines collaborate to create prototypes of innovative technology that address a health care-specific challenge.

Melissa has published on innovations in nursing education, interdisciplinary education opportunities and the connections between research and application.  She has received many accolades for promoting collaborative innovation in health care, such as the Mandala Award for Global Humanitarian Service, the Anne Floyd Koci Award for Excellence in Research, the Tennessee Tech Outstanding Faculty Award for Teaching, and the Whitson-Hester School of Nursing Outstanding Professor Award (which she has received multiple times).

In addition to her MSN and doctorate of education from Vanderbilt, Melissa holds post-secondary degrees in biomedical engineering and chemical engineering.  Her nominators say, “We are very privileged to have Dr. Geist as such an amazing colleague and collaborator and we are extremely proud of her for this and all of her wonderful achievements and contributions to the intersection of the fields of nursing, engineering and education.” 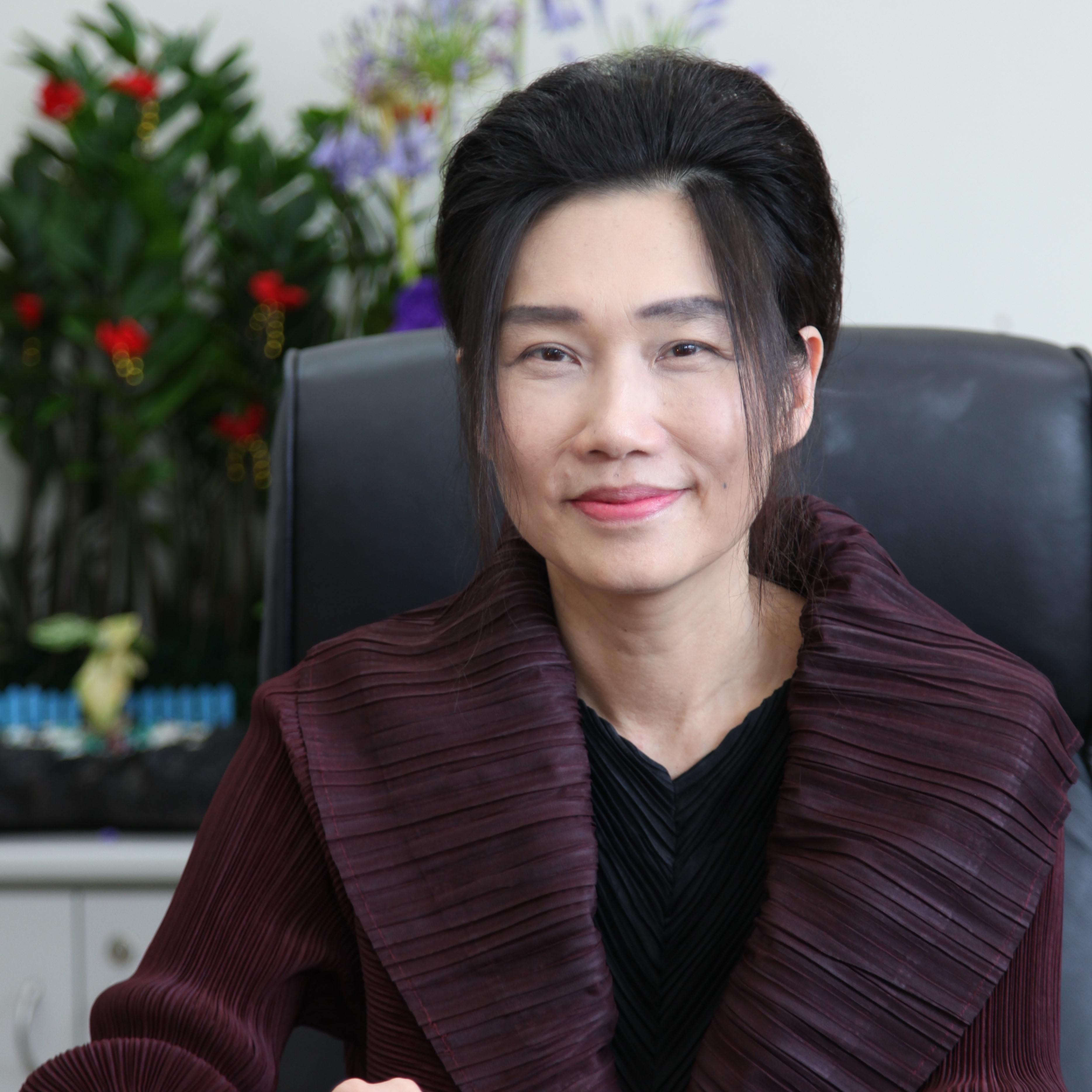 Kuei-Ru bears the distinction of being Vanderbilt University’s very first recipient of the PhD in Nursing Science.  She currently serves as dean and distinguished professor at the Taipei Medical University College of Nursing.  Her interest in mental health, geriatrics and nursing education have propelled her to prominence throughout Asia and internationally as both a scholar and a leader of nursing pedagogy.

As a passionate leader in the development of advanced practice nursing and doctoral education in Taiwan, Kuei-Ru’s teaching and mentoring abilities have been recognized with multiple awards including the Outstanding Professional Nurse Award from the Taiwan Union of Nurses Association.

She has participated in multiple committees and consultations managed by various ministries of the Taiwanese government.  She was executive director of the Taiwan Nurses Association and has served among the leadership of the Lambda Beta at Large Chapter of Sigma Theta Tau in Taiwan.  She was recently honored to be elected as a Fellow in the American Academy of Nursing.

Having published over 100 scholarly articles, Kuei-Ru has served on the editorial boards of both the Scientific World Journal and the Journal of Nursing Research where she received the Top Author Award in 2011.  Her body of research is so prolific that, in 2018, she was inducted into the International Nurse Researcher Hall of Fame by Sigma Theta Tau. 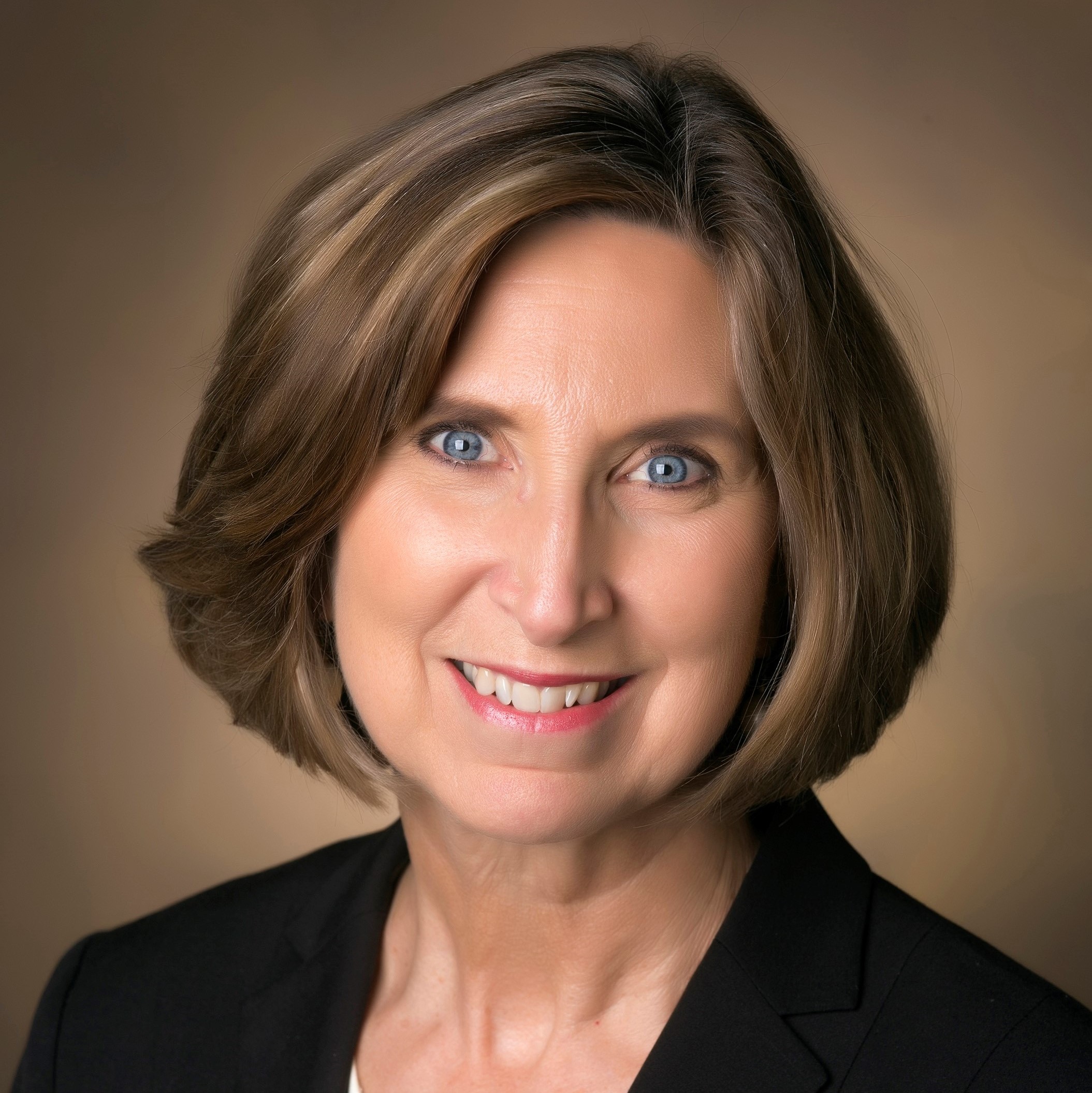 Robin has been a stalwart supporter of VUSN for many years.  As chief nursing officer of the Vanderbilt Adult Hospital, she is well-known for her leadership over multiple committees and groups that place nurses and nurse practitioners in roles that improve patient care and drive operational change across a multitude of clinical areas.

After receiving her MSN from Wayne State University in Detroit, Robin was a staff nurse and clinical nurse specialist at hospitals in Michigan, New York and Rhode Island.  She came to Vanderbilt University Medical Center in 1990 to serve as the nurse coordinator for the 7-North Cardiology Unit where she stood out as a leader among her peers.

In time, she became associate chief nursing officer and chief administrative officer at the Vanderbilt Heart & Vascular Institute.  In 2014, Robin was promoted to the newly-created position of chief nursing officer for Vanderbilt University Hospital and Clinics.  In an interview, VUMC Executive CNO Marilyn Dubree marveled that “Robin has been a transformational leader for nursing and patient care at Vanderbilt since her arrival.”

She has published and interviewed for multiple topics such as patient safety, nurse leadership and breaking down barriers to care.