The following awards were presented by Dean Linda Norman at the VUSN Reunion Breakfast on Saturday, October 24, 2015.  Nominations for the awards were made by VUSN alumni and faculty; recipients were determined in a vote by the Alumni Association Board. 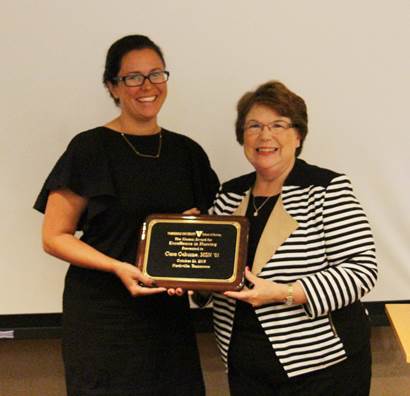 Cara Osborne is a certified nurse-midwife and co-founder of Maternity Centers of America.  The company has launched birthing centers across the country, including one here in Nashville in conjunction with VUMC, called Baby + Co. Her goal is to bring together professionals from a variety of backgrounds including business, real estate, construction and health policy to find innovative ways to make birth centers a fundamental part of the American health care system. 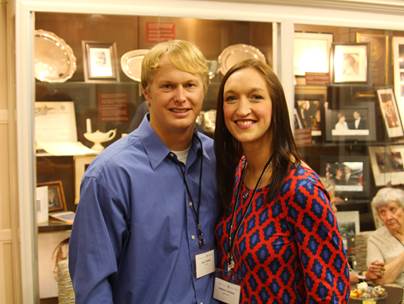 Lindsay Trantum collaborated with the palliative care team and nursing staff in the VUMC Neuro ICU to create an end-of-life protocol for her unit that makes the transition from treatment to comfort care as smooth as possible for the patient, family and providers. She lead a team that changed the comfort care order set in her unit to include more appropriate medications; initiated a “time out” checklist for terminal extubations; and wrote a pamphlet that educates families about end-of-life and connects them with community resources in preparation for the passing of a loved one. 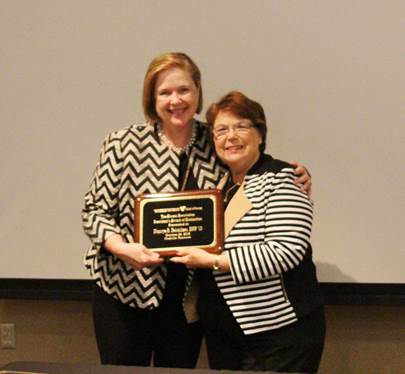 Nancye Feistritzer’s innovative nursing leadership skills in effectively working with interdisciplinary teams came into play as Vice President of Patient Care Services and Chief Nursing Officer at Emory University Hospital in 2014 when Emory received its first Ebola patients. She immediately became a national resource to other impacted health care facilities and the public in general. While coordinating efforts at Emory, Nancye was interviewed by numerous news channels from NPR to Forbes.  She worked with the CDC to set the stage for national standards of caring for Ebola patients. 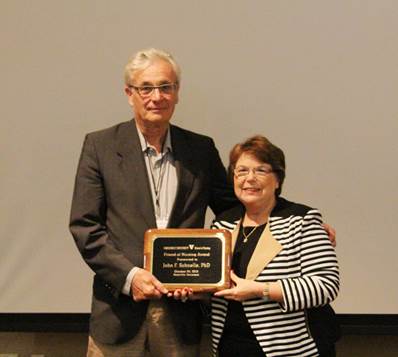 As director of the Vanderbilt Center for Quality Aging, John Schnelle has supported, mentored and provided guidance for VUSN nurse researchers and nurse practitioners for the past 8 years. It has been said that John recognizes that nurses provide the vast majority of direct care to older adults, and therefore have the greatest potential to effect change and improve care at ground level.  With that mindset, he encourages nurses to take leadership positions and join collaborative teams where they have a strong voice.