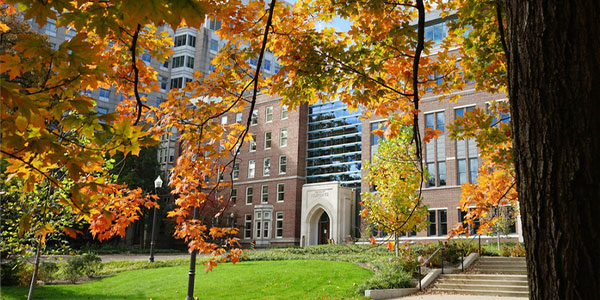 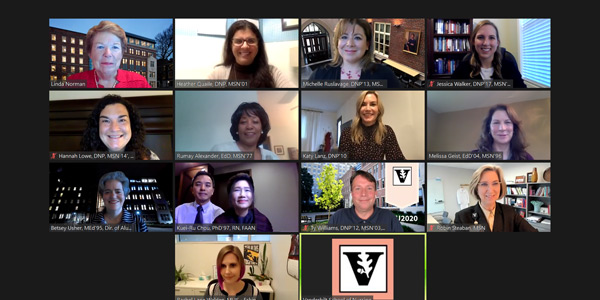 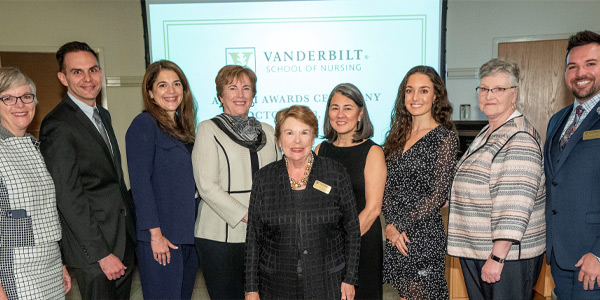 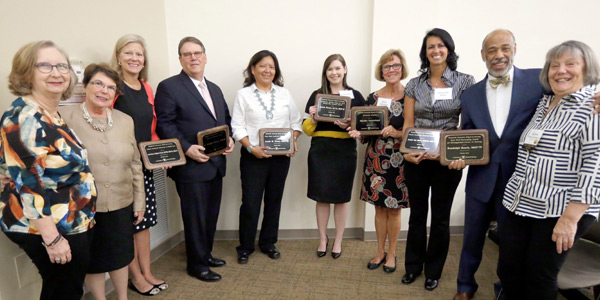 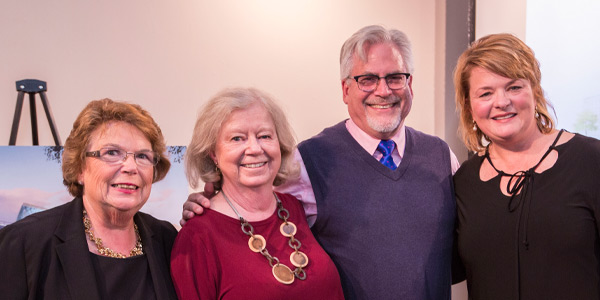 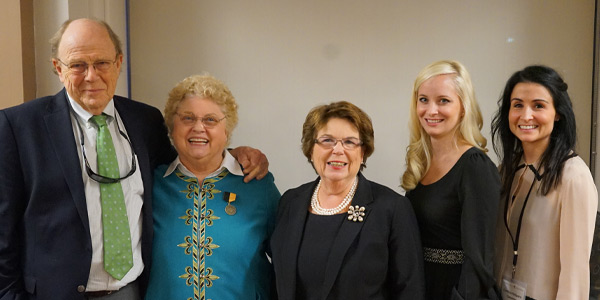 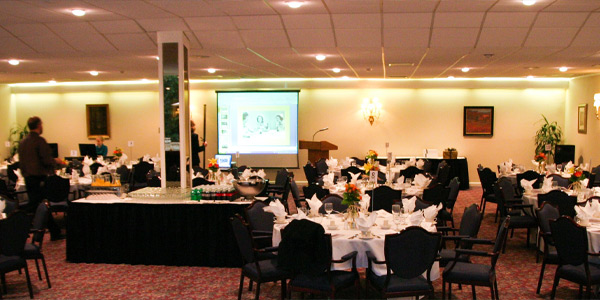 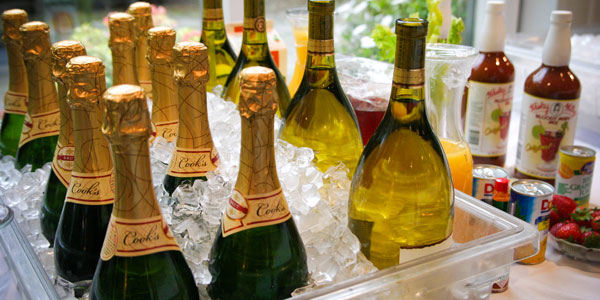 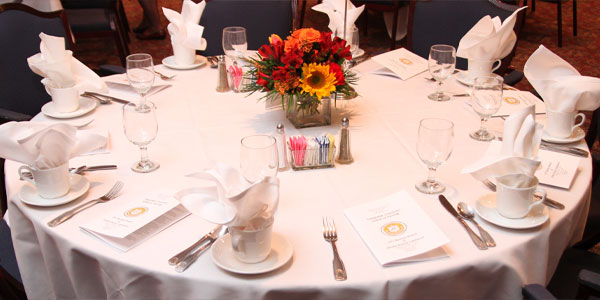 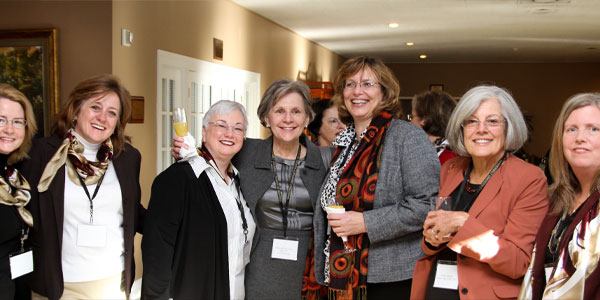 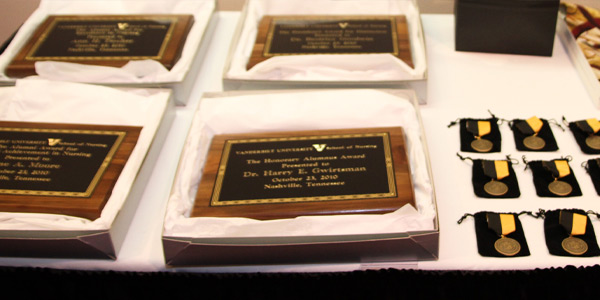 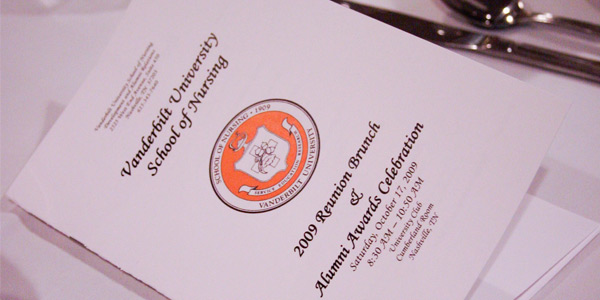 The School of Nursing Alumni Board of Directors thanks you for your nominations for our annual awards. The deadline for submitting nominations for this year has passed. If you have any questions, please contact us at vusn-alumninursing@vanderbilt.edu. Award recipients will be recognized in October.

The award committee of the VUSN Alumni Board reserves the right to not name award winners each year. If upon review, it is determined that an individual’s accomplishments are better suited for an award other than the one for which the person has been nominated, the committee may choose to move the nominee to a more appropriate award category. Awards are distributed at the annual Reunion Wine and Cheese event; the committee strives to give award recipients ample notice so that they have time to make arrangements to attend.

The Alma Gault Alumni Award for Public Service memorializes VUSN’s fourth dean and honors dedication to localized public service and/or allegiance to working with underserved communities by a VUSN* alumna/us. Examples of nominees are alumni whose work is dedicated to low-income inner city, rural, underserved and/or Native American reservation populations.

The Alumni Award for Clinical Achievement in Nursing is presented to a VUSN* alumna/us for outstanding contributions in clinical, patient-centered practice. Nominees include clinicians in hospital or clinical settings who provide outstanding patient care, lead by example, contribute practice improvements and embody teamwork.

The Catherine Hanley Class of 1912 Rising Star Alumni Award is named for the School’s first graduate and is conferred to a VUSN* alumna/us who is within seven years of being pinned, shows outstanding promise in health care and brings honor to the Vanderbilt degree.

The Colleen Conway-Welch Alumni Award for National Leadership is given to a VUSN* alumna/us who effects a broad impact on health care, typically on a well-recognized national or global level. Suggestions for nomination include national speakers, system leaders, policy makers, impactful scientist/researchers and organization founders. Like the former dean for whom the award is named, recipients have gone beyond their successful nursing careers to benefit the universal community, and have demonstrated a connection to Vanderbilt. Recipients of this award are submitted for nomination for Vanderbilt University alumni award consideration.

The Friend of Nursing Award recognizes significant local or national contributions, or both, to the profession of nursing from an individual who is not a nurse or VUSN alumna/us.

Honorary Alumnus/a is awarded in recognition of significant contributions to the School of Nursing by an individual whose academic credentials were obtained elsewhere.

The Linda Norman Alumni Award for Innovation in Health Care is named for the eighth VUSN dean, an advocate for nurses to be inventive problem-solvers. It is presented to a VUSN* alumna/us who uses nursing experience and knowledge to create tools that solve health care issues. Potential awardees are scientists, researchers, inventors and company founders.

The Lulu Wolf Hassenplug Alumni Award for Distinguished Career in Nursing, named for the former VUSN faculty member and distinguished nursing advocate, is presented to a VUSN* alumna/us whose professional leadership in the nursing field reflects a history of achievement within the discipline. Suggested nominees include chief nursing officers, nursing deans and directors, and leaders of health care-related organizations. Recipients’ nursing accomplishments benefit the universal community, and they have demonstrated a connection to Vanderbilt. Recipients of this award are submitted for nomination for Vanderbilt University alumni award consideration.

The Thomas L. Christenbery Alumni Award for Diversity and Inclusion is named in memory of a broad-minded, pioneering faculty member and is presented to a VUSN* alumna/us for notable work toward reducing social barriers that silo people and to creating awareness of bias in order to generate more inclusive yet diverse organizations in nursing. This can be in academic, clinical, political or other setting.

*VUSN alumni include recipients of Vanderbilt’s PhD in Nursing Science.

Once a Nurse: Community of Nurses Continues in Retirement