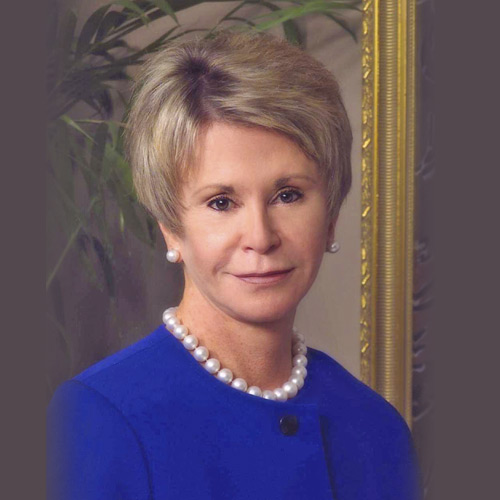 Dr. Conway-Welch received the Bachelor of Science in Nursing degree from Georgetown University School of Nursing, the Master of Science in Nursing degree in Parent-child Nursing from Catholic University of America and the PhD from New York University. She became a certified nurse midwife at Catholic Maternity Institute in Santa Fe, New Mexico and was a fellow of the American Academy of Nursing.

Before coming to Vanderbilt, she was professor of nursing, assistant clinical professor of medicine and director of the nurse-midwifery graduate program at the University of Colorado. Upon her arrival at the School, she proposed new directions including implementation of many of the 1982 self-study recommendations.

She instituted a new organizational structure. She requested that the school report to the Vice Chancellor for Health Affairs rather than to the Provost of the University as she believed this arrangement would enhance opportunities for joint programs and clinical training. Three new associate dean positions were established, which related directly to the tripartite mission of research, teaching and clinical practice. In 1999, a fourth associate dean, in Informatics, was added.

Under her guidance and direction, the School reached out to the community in profound ways, such as community-based clinics and practices. In addition to making a difference in Middle Tennessee, she led the way for national impact via a variety of initiatives, such as the International Nursing Coalition for Mass Casualty Education and the National Coalition for Emergency Preparedness. She was appointed by President Reagan to his Presidential Commission on the HIV Epidemic in 1988 and by Speaker Newt Gingrich to the National Bipartisan Commission on the Future of Medicare in 1998. In 1997, she was named to the Institute of Medicine of the National Academy of Science.

She spear-headed many projects, including the complete renovation of Godchaux Hall and the Nursing Annex, the building of Frist Hall, the PhD program in 1993, and the Doctor of Nursing Practice (DNP) program in 2008. She led the School into an extraordinary world of nursing in the 21st Century.

Colleen Conway-Welch died October 12, 2018, leaving a long legacy in nursing and at Vanderbilt.