Virginia Maxwell George, BSN’47, MS’72, CFNC, professor of nursing, emerita, and an early champion of nurse practitioners, died of natural causes on July 26 in Nashville, Tennessee. She was 94.

George was founding director of Vanderbilt’s Family Nurse Practitioner Program, one of the first in the Southeast. A 1947 VUSN graduate, she taught at Vanderbilt for 28 years, earning teaching awards and serving in many leadership roles.

She was born Virginia Lee Maxwell on Feb. 3, 1924, in Birmingham, Alabama, the first of three children 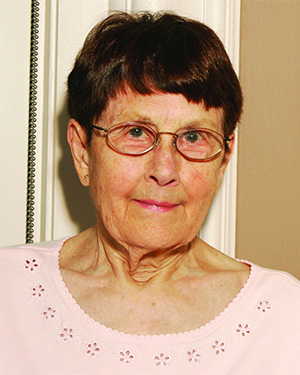 born to William R. Maxwell, an iron miner, and the former Kittye Lee Bradford. As a child, George was a voracious reader. She liked to recount how one of her assigned tasks was to churn butter in an old-fashioned wooden box, a chore she accomplished by operating the plunger with one hand and holding a book in the other.

George attended Samford University for two years in the early 1940s. When she expressed an interest in becoming a nurse, her family dentist suggested she apply to his alma mater, Vanderbilt University.

It was about this time that she met her future husband, Ralph George, EdS’62, MA’65, BA’47, who had just returned home from Army Air Forces duty. They were introduced by a family member while riding a street car. Virginia invited Ralph to her parents’ home for Sunday dinner and romance blossomed.

They were married in November 1944, shortly before Ralph George deployed to the Philippines. Upon his departure, George traveled to Nashville to start classes at Vanderbilt School of Nursing. She arrived a week late. When she found the doors to the building were locked, she sat on the steps until someone let her in. “We took exams all Saturday morning,” she recalled in 2006. Because she had arrived late, however, her eligibility was under question. “The faculty met on Sunday to see if I could stay.” School officials had a hard time denying her admittance as she was the only applicant to ace the entrance exam.

George joined the VUSN faculty in 1964 as an instructor in maternal and child nursing. She became an assistant professor in 1970, the same year she was recognized with the school’s Shirley Titus Award for excellence in teaching. She was named an associate professor two years later.

In 1973, George was appointed director of Primex, Vanderbilt’s post-BSN family nurse clinician certificate program for RNs. In 1975, she planned and oversaw the transformation of the Primex program into the School of Nursing’s first graduate degree program for family nurse practitioners. She led the program for 15 years, teaching courses, writing academic papers and grant proposals and mentoring hundreds of students. She won the school’s Sara K. Archer Award for graduate-level teaching in 1989.

Always politically active, George stayed involved in state and local politics into retirement. After retiring in 2000, she took medical mission trips to Haiti, Honduras, Chile and Venezuela. She also helped with community health clinics in Nashville, including the Fall Hamilton School Clinic and Siloam Family Health Center. “This is the most satisfying thing I have ever done,” she said. “I feel that health care is a basic right and if I can do anything to help with that, then I will. I am just practicing what I preach.”

George continued to support higher education after retirement. In 2005, she established the Virginia M. George Nursing Scholarship, awarded annually to a VUSN nurse practitioner student. “Vanderbilt prepared me for a profession and it gave me an opportunity to teach and have contact with students,” she said. “It makes me happy that I am able to help a little bit.”

Most recently, George lived at Belmont Village Senior Living in Nashville’s Green Hills neighborhood, where her daughter and son-in-law would visit frequently from their home in Washington, D.C. Despite diminishing mobility, she enjoyed outdoor excursions along Nashville’s greenway bike trail system and to Radnor Lake and Cheekwood Gardens. Even as her eyesight and hearing waned, she remained alive to the pleasures of nature and thankful for the gift of any sunny day and “big blue sky.”

George is survived by her daughter, Lee Anne George, and son-in-law David Rapp of Washington, D.C., and a sister, Mary Savoye of Towson, Maryland. She was predeceased by her husband of 57 years, Ralph T. George, and daughter Kittye George. 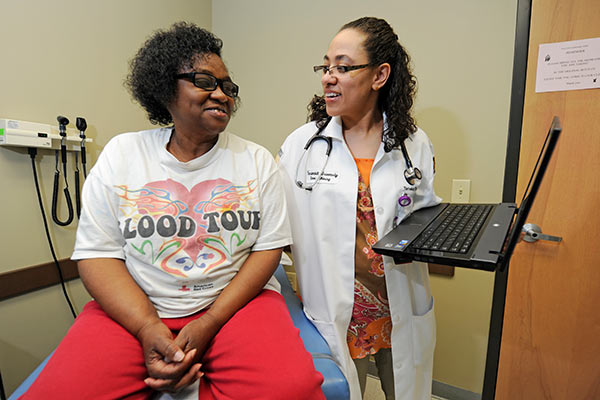 Vanderbilt University School of Nursing has launched a scholarship program for family nurse practitioner, nurse-midwifery and dual nurse-midwifery/FNP master’s students that aims to increase diversity in primary health care providers, particularly in medically underserved areas. Funded by a new $3.2 million grant from the Health Resources and Services Administration under its Bureau of Health… 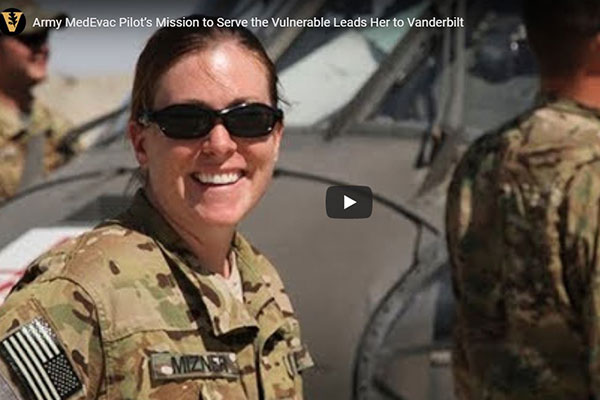 U.S. Army combat veteran Mandi Mizner has devoted her life to serving her country and others. Following tours in Iraq and Afghanistan, she is continuing her mission of service through the advanced practice nursing program at Vanderbilt University School of Nursing. She spoke to Vanderbilt Video about her path to Vanderbilt and being a Bass Military Scholar. 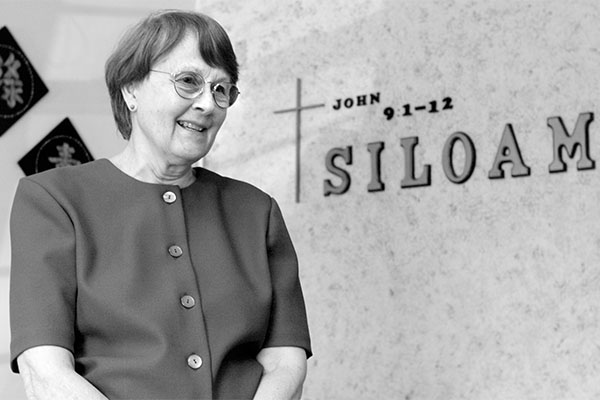 A memorial service for Virginia Maxwell George, BSN’47, MS’72, CFNC,  will be Monday, Oct. 8, at the School of Nursing. The memorial in celebration of her life will be at 4:30 p.m. in the Nursing Annex, Room 155. Attendees are encouraged to bring photographs or remembrances to share.  RSVP George, professor of nursing, emerita, and…