Melanie Lutenbacher, Ph.D., M.S.N., associate professor of Nursing and Pediatrics, was inducted into the American Academy of Nursing, as one of its 2009 Fellows. She was selected for her outstanding achievements in the nursing profession and was inducted with other nurse leaders during the academy’s Annual Awards Ceremony and Induction Banquet in Scottsdale, Ariz.

Rebirth of the Midwife

Tisha Holloway was exhausted. She had been laboring in a North Carolina hospital for almost 26 hours to give birth to her first child, but the baby just wouldn’t come. “I tried to do everything right during my pregnancy,” the 27-year-old woman says. “I ate right, exercised, kept my weight down. Just before I went…

Vanderbilt University School of Nursing is embracing new technology to bring better care to older members of the population. Called “webinars” by the technologically savvy, the NICHE (Nurses Improving Care for Healthsystem Elders) Web Based Learning Series unites health care staff and experts across the country for educational sessions related to geriatric care. With the…

More students than ever are turning to Vanderbilt University School of Nursing for their master’s education. The school has experienced a 42 percent increase in applications over 2008 and has nearly doubled the number of applications since 2007. 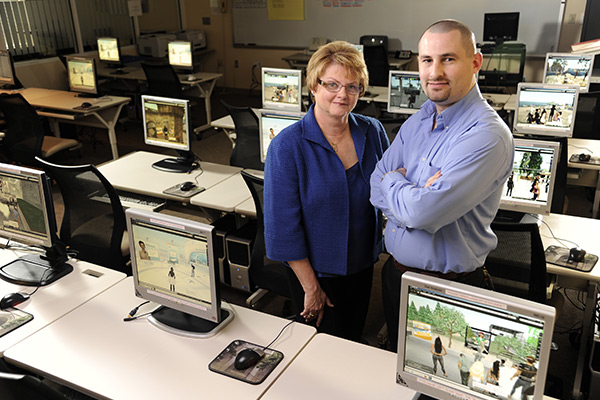 Vanderbilt University School of Nursing was recently awarded a $1.6 million, three-year grant from Health Resources Services Administration’s (HRSA) Innovative Nurse Education Technologies (INET) Program for the next step in simulation software management. When completed, portions may look a lot like popular gaming systems such as Wii, Xbox or PlayStation.

Tom Scully, J.D., former head of the Centers for Medicare and Medicaid Services, said universal health care coverage is “probably a long way off.” Scully, who spoke at Vanderbilt University School of Nursing last week as part of the school’s Centennial Lecture Series, began working with the Senate in 1981 and was a chief health…

Submit information to the School of Nursing’s weekly internal newsletter, "This is VUSN."

The School of Nursing has a representative from the Division of Communications available 365 days a year to assist news media seeking nursing experts, who can provide information on nursing education, research discoveries, staffing issues, the emerging nursing faculty shortage, patient safety and quality of care, nurse wellness, emergency preparedness, holistic and complimentary nursing and more.

Members of the news media wishing to speak with experts from the School of Nursing after regular business hours should dial 615-322-NEWS (6397) and choose Option 1.