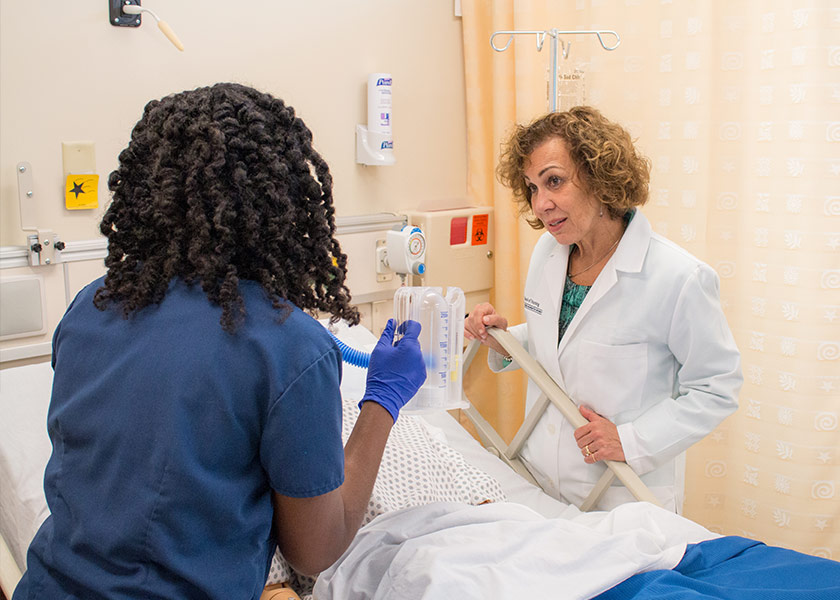 Throughout Pamela Jeffries’ academic career, she has placed a strong priority on learning through innovative instruction. She was an early proponent of the use of health care simulations to model clinical events for nursing students. Simulations are an important part of a nursing student’s education, as they allow students to practice and improve their clinical and decision-making skills in safe, real-life patient scenarios without potential risk to actual patients. This educational approach is meant to replicate aspects of the real world and allow students to be immersed in the learning environment.

In the early 2000s, Jeffries was project director for a pioneering study on the use of simulations to model real clinical practice events safely. Up until then, very little had been published about the structure of nursing simulations. Her project team realized that a roadmap for building a simulation—one that was grounded in evidence—was needed. She published the first research on creating a simulation framework in 2005. 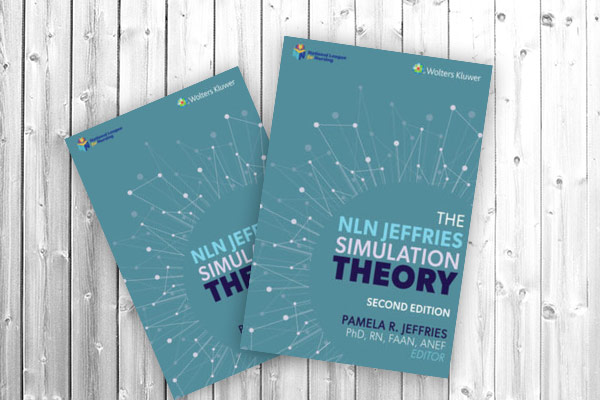 A decade later, with support from the National League of Nursing and many research colleagues across the nation, Jeffries developed and published one of the most significant contributions to simulation scholarship—the NLN Jeffries Simulation Theory.

This seminal work provides structure and best practices for what was then a fledgling educational model. It calls for consideration of six components—context, background, design, educational practices, simulation experience and outcomes—in the development of educational simulations. A second edition of Jeffries’ monograph, which provides an updated review of her theory and highlights future research needs in this area, was published this fall.

Development of a successful simulation is similar to combining the best ingredients from a well-tested recipe. The simulation must have both the variability and the intensity that is part of a clinical encounter, Jeffries says.

One component of Jeffries’ simulation theory is the notion of fidelity, or realism, within the scenario. Real actors or high-fidelity mannequins with heartbeats and other bodily responses are used. Another necessary component is having faculty trained to oversee simulations. For the most effective simulation-based education, Jeffries says faculty need to set the learning objectives and structure the debriefing.

“Even if students make errors, they want to feel supported by faculty,” Jeffries says. “They can always be immersed back into the simulation to try again. The debriefing, or guided reflection, is extremely rewarding for faculty when they can see their students connect the dots on what they have learned.”

As Vanderbilt’s new dean, Jeffries is excited that the School of Nursing’s recent renovation created outstanding physical space and resources for simulation, ensuring high-quality education for Vanderbilt students across programs and disciplines.

Top: As GW Dean, Jeffries oversaw the expansion of the school’s simulation space.

Middle: NLN and Jeffries published a new edition of The NLN Jeffries Simulation Theory in September 2021.