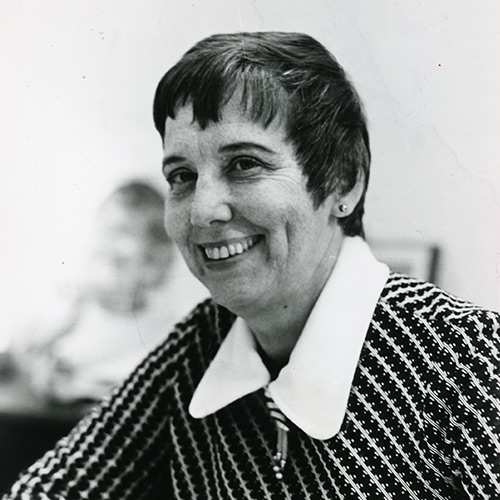 Dr. Archer earned the associate degree in nursing from Washington Sanitarium and Hospital School of Nursing, the bachelor's degree in nursing from the University of Miami and the master's and doctoral degrees from Boston University. Her doctorate was in the administration of adult and higher education. Before coming to Vanderbilt, she was a faculty member and director of the gerontology program at Boston University. The first medical-surgical clinical nurse specialist MSN program at Vanderbilt was started in 1970, and she was the director of that program before she became associate dean and then Dean in 1972.

Under her leadership, in 1979, the psychiatric-mental health major was revised to focus on primary care in mental health. Two other programs, gerontological nursing and maternal-infant nursing, were added in 1979. During this time, the master's program requirements were raised to 41 credits and included a thesis or clinical paper. She valued the contributions of the alumni and encouraged a close relationship between the Alumni Association and the School.

Because of the need for additional classroom space, the Nursing Annex was built behind Godchaux Hall. It contained three large classrooms, four seminar rooms and a common area with a connector to Stevenson Science Center. In 1980, a self-study was begun and completed in 1982, with results recommending many administrative and academic changes in the School.