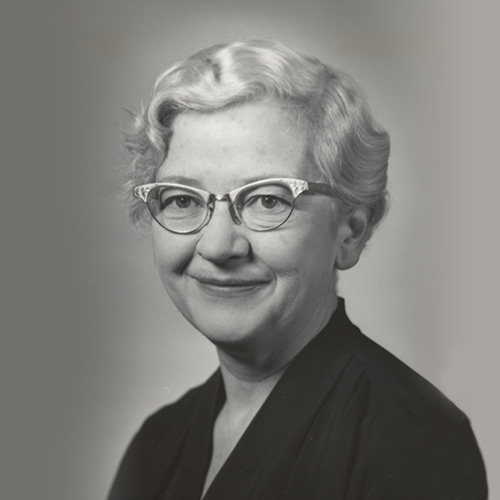 With the departure of Dean Ziegler in 1949, Ms. Hereford was promoted to full professor and named dean. She received her Bachelor of Arts degree from Cumberland University in Lebanon, TN, and then earned her Bachelor of Science degree, in 1936, from Vanderbilt University School of Nursing. She was appointed to the faculty in 1938, as an instructor.

Her service on the faculty and the completion of her Master of Arts degree in teaching from Teachers College of Columbia University in New York earned her a promotion to the rank of assistant professor in 1943, and then associate professor in 1947.

During her deanship, dramatic changes occurred in the nursing program. The Bachelor of Science in Nursing program was changed to a four-year degree in 1950, with additional curriculum revisions made during the 1950s and 1960s. In 1953, the Iota chapter of Sigma Theta Tau was established at the School. In cooperation with the Southern Regional Education Board, she was instrumental in developing a graduate program in the School of Nursing. The first graduate student enrolled in 1955, in what was the first graduate nursing program in Tennessee.

Her greatest contribution while dean was to integrate nursing students more fully into the Vanderbilt University student body and to allow them more time to participate in student activities. Many alumni who attended during her deanship have often cited her as one of the most beloved deans of the School.