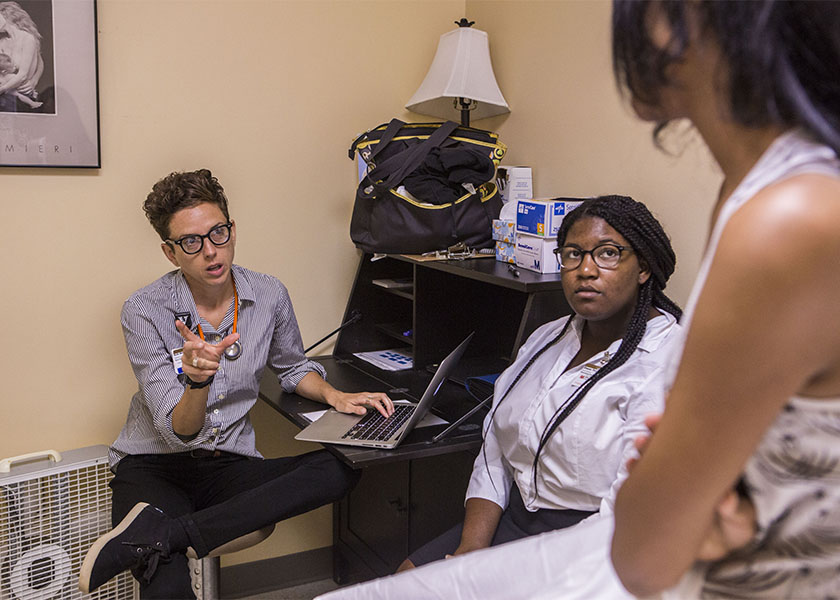 In June, the Summer Professional Immersion in Nursing (SPIN) program provided eight undergraduate students from Fisk and Vanderbilt universities the opportunity to gain exposure to the nursing profession.

Later in June and July, six students from the Undergraduate Health Sciences Academy (UHSA) at Morehouse School of Medicine in Atlanta came to Nashville for a VUSN/UHSA program that integrated learning and practice in a health care environment. 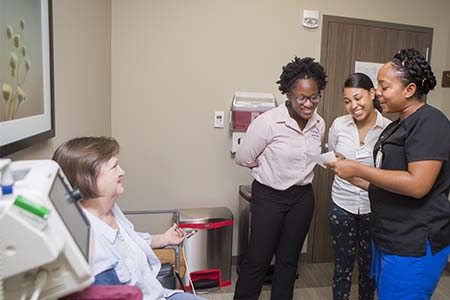 Both programs were offered at Vanderbilt for the first time this summer. They represent VUSN’s efforts to reach out to underrepresented students who may consider graduate nursing studies. None of the students are currently studying nursing at their home institutions; several students reported that they knew very little about careers in nursing and the scope of the profession before coming to Vanderbilt.

“I spoke at Morehouse School of Medicine earlier this year and discovered a lot of students had no exposure to everything nurses can do. When offered the opportunity for VUSN to participate, I said yes immediately,” said VUSN Dean Linda D. Norman, DSN, FAAN, the Valere Potter Menefee Professor of Nursing. “These programs can increase much-needed diversity in nursing and help talented students learn of the wide range of opportunities open to them in advanced practice nursing.”

Vanderbilt University Medical Center and the School of Nursing collaborated to provide interactive observation experiences for the SPIN and UHSA participants. 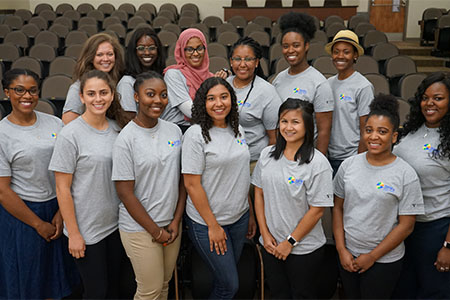 During the first week of the SPIN program, students participated in activities and seminars that included discussion of the wide array of nursing jobs, guidance in applying to nursing schools, simulated nursing experiences and speakers relating what being a nurse meant to them. For the remaining weeks, students rotated through units at VUMC and Vanderbilt-affiliated clinics to observe nurses in action.

The SPIN program managers spoke about the importance of having diversity in the nursing profession. “People like to identify with who is taking care of them,” said Julia Steed, PhD(c), MSN’10, APRN, FNP-BC, assistant professor of Nursing. “Having a diverse nursing workforce would definitely enhance the quality of nursing care and position our profession to have a face that represents the patients they’re taking care of.”

Shaunna Parker, MSN’11, APRN, WHNP-C, instructor in Nursing, said that diverse experiences and views are valuable. “If everybody looks the same and offers the same perspective, you only bring ideas from a specific culture. But when you have a diverse nursing workforce, everyone brings something to the table,” she said. 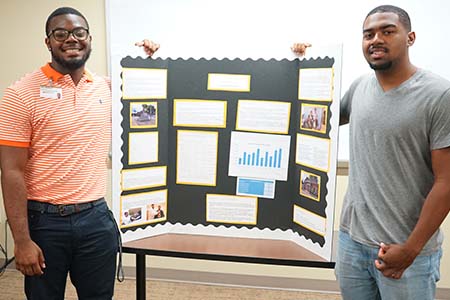 The UHSA students also toured some of Nashville’s disadvantaged neighborhoods and participated in activities such as trying to create a healthy meal on a low-income budget and with limited healthy food options. At program’s end, each student completed and presented a capstone project targeted toward an area of improving health care delivery.

Instructor in Nursing Tamika Hudson, DNP, MSN’12, APRN, FNP-BC, coordinates the UHSA program for Vanderbilt. She said it aims to increase awareness of the nursing discipline and increase the students’ confidence in a health care setting. 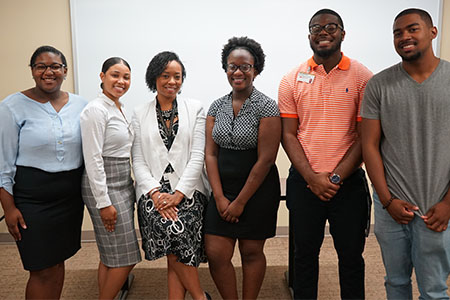 “I’m hoping that they gain a more comprehensive understanding about what they can accomplish in health care and tap into the innate qualities that they possess,” she said. “They’re just an absolute delight to work with.”

The SPIN program was made possible by the Promise of Nursing for Tennessee Nursing School Grant program administered by the Foundation of the National Student Nurses’ Association. Funding for the grant program was contributed by several hospitals and health care agencies in the Tennessee area, by Johnson & Johnson, and by national companies with an interest in supporting nursing education. The funds were raised at a gala fundraising event sponsored by Johnson & Johnson.

UHSA is a nationwide program created and administered by Morehouse School of Medicine. 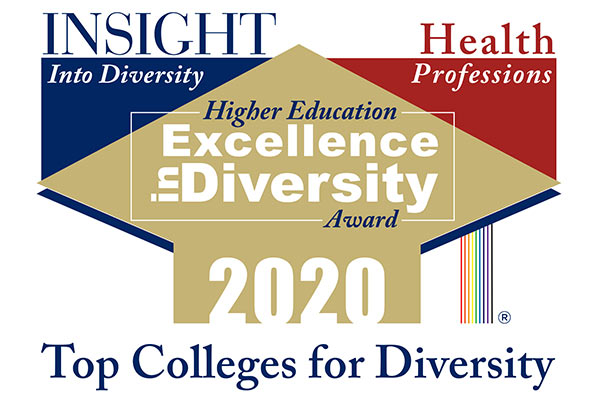 Vanderbilt University School of Nursing has received the 2020 Health Professions Higher Education Excellence in Diversity (HEED) award from INSIGHT Into Diversity magazine. The award recognizes schools and universities in health care education that demonstrate outstanding commitment to diversity and inclusion. “This is a wonderful recognition, and one that honors the hard work of many,”… 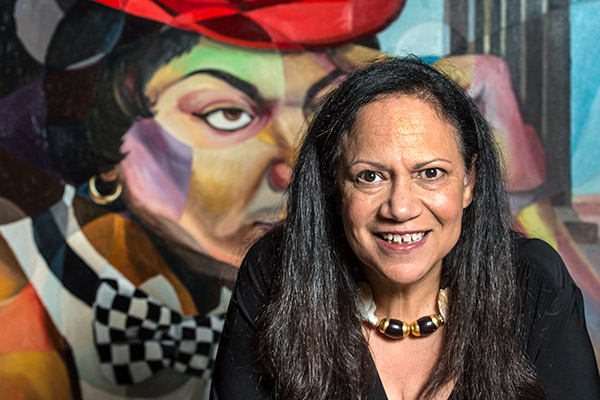 New York Times bestselling author Alice Randall will give the first Vanderbilt University School of Nursing Dean’s Diversity Lecture for 2020-2021 on Thursday, Sept. 10, noon-1 p.m. CST via videoconference. Randall will present “A Novel Approach to Building Your Anti-Racism Toolkit and Self-Care in a Time of Reckoning.” The live online event is free and open to the public, but registration is required. 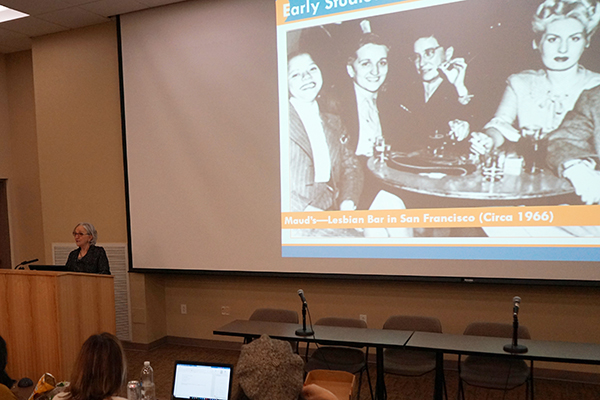 When Tonda Hughes, PhD, RN, FAAN, began researching lesbian health in the early 1990s, her advisors were skeptical and discouraging. They were concerned that she wouldn’t get her papers published or be . . . . View the lecture