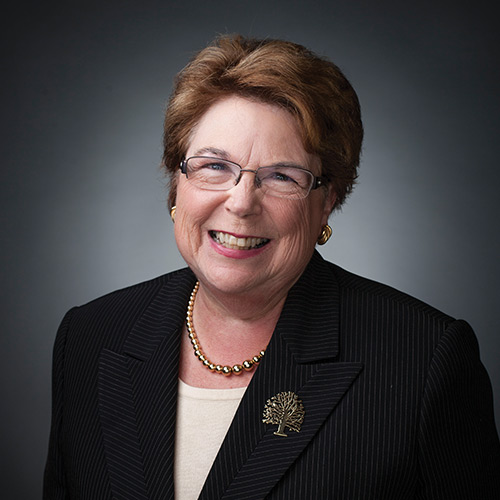 Dr. Norman joined VUSN in 1991, and served in a variety of capacities at the school for 30 years, including as Senior Associate Dean of Academics.

During her tenure, she had led innovative curriculum transformations, introduced several new academic programs and helped VUSN rise to become one of the top graduate nursing programs in the country. In 2012, she was named the Valere Potter Menefee Professor of Nursing.

Dr. Norman started her career as a staff nurse on a neurosurgical unit in Virginia and expanded her role in nursing after graduate school to care of the chronically ill in Southwest Virginia. She found herself drawn to nursing education as a way to make a profound difference on the profession she loves. She earned her bachelor's and master's degrees from the University of Virginia, where she received the Distinguished Alumna Award in 2014, and earned her DSN from the University of Alabama at Birmingham. She was inducted as a fellow in the American Academy of Nursing in 2004 in recognition of her impact on the nursing profession.