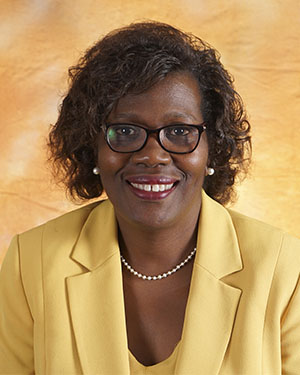 She replaces Assistant Professor Jana Lauderdale, who returned to her faculty role.

As assistant dean for diversity and inclusion, Johnson oversees VUSN’s efforts to support and foster an environment that is culturally appreciative and inclusive, particularly for historically underrepresented and marginalized groups and individuals. She also continues as assistant dean for academics, charged with assisting students with special curriculum needs or who experience academic difficulty.

“We’re very fortunate to have Rolanda in this leadership role,” said Linda D. Norman, DSN, FAAN, VUSN dean and the Valere Potter Menefee Professor of Nursing. “With her experience in academic enhancement services, as the longtime adviser to the Black Student Nurses Association, and through her research in health promotion for African Americans and in black racial identity, Rolanda will bring expertise and wisdom to the role of VUSN’s assistant dean for diversity and inclusion.”

Johnson joined the School of Nursing in 1998, the same year she received her PhD in Nursing Science from Vanderbilt. In her 20 years at VUSN, she has provided leadership for a variety of initiatives, including serving as director of the Fisk University–Vanderbilt University Nursing Partnership Program, re-establishing the school’s Black Student Nurses Association, and representing VUSN in campus-wide programs that included the Provost’s Task Force on Sexual Assault, FutureVU Faculty Advisory Committee, and Diversity, Inclusion and Community Committee. Johnson was the first African American to hold a vice-chair position in Vanderbilt’s Faculty Senate. She has also been influential in helping recruit minority students to VUSN and by increasing minority visibility at the school.

She is the founding president of the Nashville Chapter of the National Black Nurses Association. Earlier in 2018, she was honored as a Vanderbilt Pioneer for her role with the Faculty Senate and at VUSN. 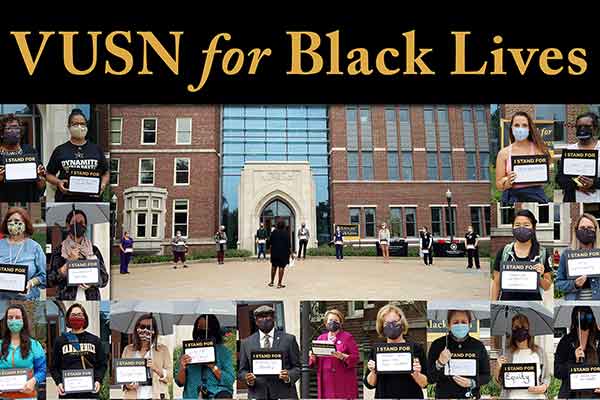 Vanderbilt University School of Nursing has revised its diversity and inclusion statement to include language that specifies the school’s rejection of racism and commitment to racial equity and equality. The revised statement now incorporates the following paragraph: We reject racism of any kind, be it systemic, institutional, or individual. We acknowledge the painful histories related… 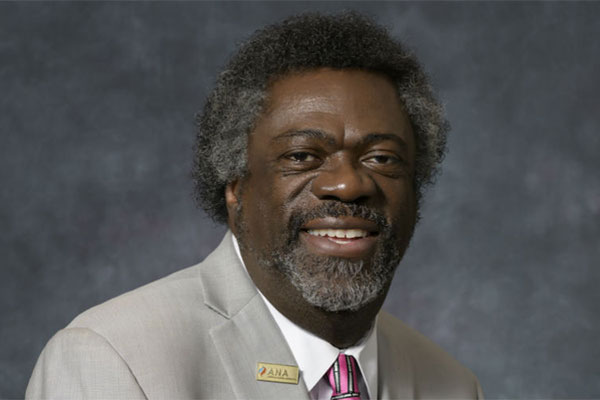 ANA President to give May 13 VUSN Dean’s Diversity Lecture

Ernest J. Grant, PhD, RN, FAAN, the 36th president of the American Nurses Association and the first man elected to that office, will give the Vanderbilt University School of Nursing (VUSN) Dean’s Diversity Lecture on Monday, May 13, noon-1 p.m., in VUSN’s Nursing Annex room 161. Grant’s lecture, “Nursing at the Crossroads: The Future of… 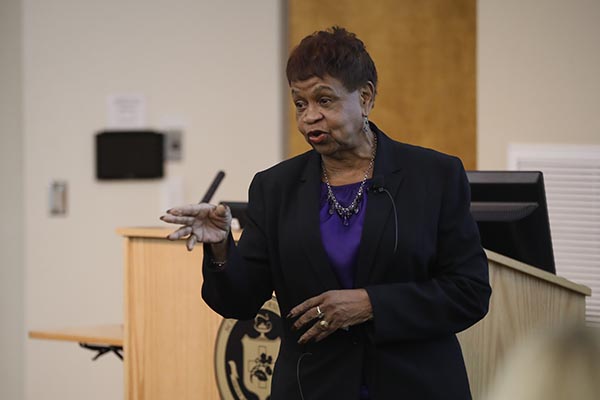 One needn’t be a student to profit from Alicia Georges’ directions on becoming a leader. The soon-to-be volunteer head of AARP outlined a course to leadership that could be used by people in all career stages during her recent Dean’s Diversity Lecture, “Journey to Leadership in Nursing and Beyond: Insight for Future Nurse Leaders,” at…