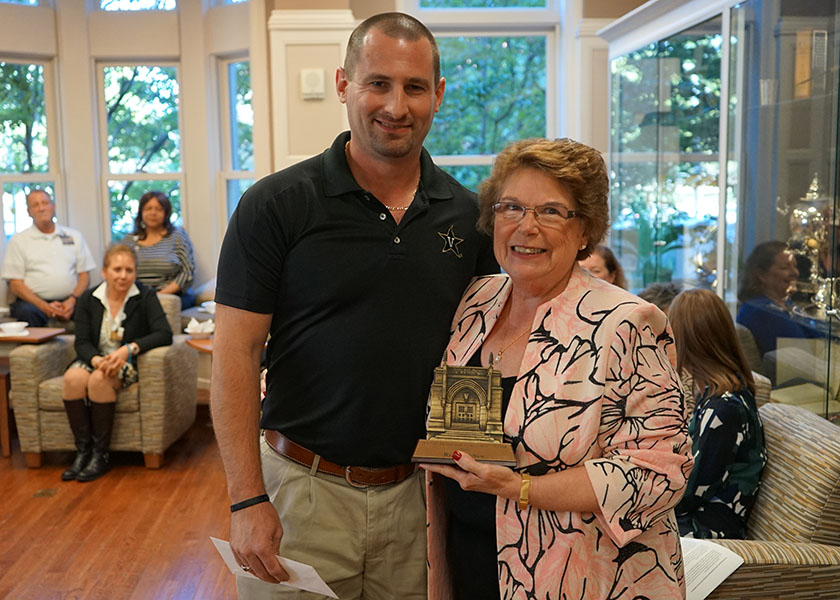 McNew was singled out for excellence and commitment to Vanderbilt’s mission, values and goals. He received the honor during a school celebration in October. As VUSN’s Divisional Commodore Award winner, he is also nominated for Vanderbilt’s Commodore Award, the university’s highest honor for staff, which will be awarded in January.

Nominations for the new staff award opened in late August. Full-time staff members under the director or department head level who had five or more years’ service at Vanderbilt were eligible. An interdepartmental team of VUSN faculty and staff reviewed the nominations in late September and selected McNew for the award.

McNew directs the day-to-day operation and long-range planning for the FNIC, the School of Nursing’s technology center and informatics support. He oversees the staff responsible for hardware and software support, electronic classroom support, video production, database programming and other needs. In a school that relies heavily on distance education, his teams’ daily support of software applications like Brightspace and Remote Procter take on added importance. Clients include all VUSN students, faculty and staff, which total more than 1,000.

McNew was nominated by Senior Associate Dean for Informatics Betsy Weiner, PhD, FACMI, FAAN, with supporting materials from faculty, staff, university colleagues and vendors. Weiner, the Centennial Independence Foundation Professor of Nursing, wrote, “I have been in higher education administration for over 35 years and have never encountered another employee with (McNew’s) dedication, drive, knowledge and willingness to help others.”

“A large number of our classes at VUSN are taught at a distance. Sometimes technology issues arise and Ryan is able to provide a calming presence as he assists faculty, students and staff in problem resolution,” Weiner said. In addition, due to the nature of online courses, students perform coursework or take tests outside of traditional business hours. Mc New is known for his calm, compassionate help with technological issues regardless of day or night, she said.

Weiner also cited McNew’s knowledge, thoroughness, professionalism, follow-through and dedication to education, including his own model of lifelong learning. She praised his willingness to take on new responsibilities, including the planning and reviewing of the technological infrastructure of the School of Nursing’s new building and leading video services and classroom support.

McNew’s’ work and leadership stretches beyond the School of Nursing. Kelly McGill-Barrett, associate director of Relationship Management for Vanderbilt University Information Technology (VUIT) wrote in support of McNew’s nomination, saying that he is the center point of an important partnership between VUIT and Nursing IT.

Several nominators mentioned McNew’s successful management of an unexpected and sometimes problematic technical issue stemming from the separation of the Vanderbilt University Medical Center from Vanderbilt University. VUSN faculty and students need to have credentials for both the university and the medical center systems. Assigning and ensuring access does not always go smoothly. Jeff Gordon, PhD, professor of Educational Informatics, wrote, “Ryan has developed solutions to many of the pathways these people take to make sure they can access the technical tools they need and have approval to access.”

McGill-Barrett said, “When the data doesn’t line up just perfect, there can be hours and hours of work required to make sure someone is set up correctly. Ryan works with all the cases and has put in many hours to make sure the process can run as smoothly as possible. Without Ryan’s leadership, there would have been a negative impact leaving a nursing faculty or student unable to perform their work.”

McNew joined Vanderbilt in 1996 and moved to the School of Nursing in 2000 as senior LAN manager, a position he held until being named FNIC manager in 2014. 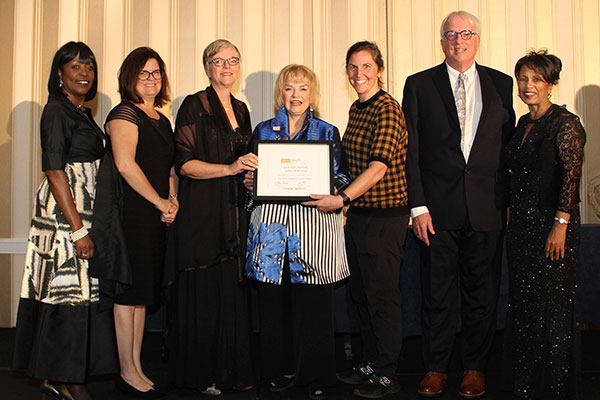 School of Nursing designated Center of Excellence (News Around the School)

The National League for Nursing has named Vanderbilt University School of Nursing an NLN Center of Excellence in recognition of its high standards of educational excellence and visionary leadership. 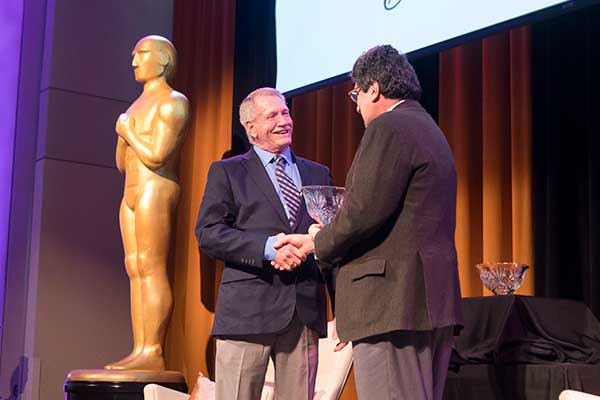