Jane M. Mericle, DNP’20, is this year’s Founder’s Medalist for the Vanderbilt University School of Nursing. She earned a doctor of nursing practice degree. 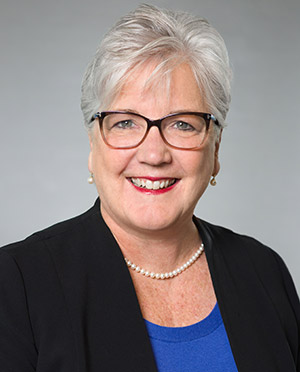 Interim Chancellor and Provost Susan R. Wente announced Vanderbilt’s 2020 Founder’s Medalists in a video message to the university community on May 8.

“To all of this year’s Founder’s Medalists, you have proven your dedication to learning, discovery and bettering our community,” Wente said. “Even in these turbulent times, I know that the tradition of the Founder’s Medalists—and the excellence in scholarship that you represent—can fully live on.”

Since 1877, the university has awarded a gold medal to the student graduating with first honors from each of the university’s 10 schools and colleges. The awards are named after the university’s founder, Cornelius Vanderbilt, who made a contribution to endow the awards in their first year.

In the message, Wente noted that she looks forward to recognizing the 2020 Founder’s Medalists during Vanderbilt’s postponed Commencement, which will take place in May 2021. The ceremony and other special events to honor all of the 2020 graduates were moved to next year in response to public health guidance for the protection of the health and safety of the community during the coronavirus outbreak.

Mericle was a chief nursing officer with decades of experience when she joined Vanderbilt’s doctor of nursing practice program. She has said that she wanted to pursue additional scholarship herself and to model lifelong learning for the nurses she directs.

She said that the environment and support she found at Vanderbilt were critical in her success. “Our small executive cohort was diverse in experience, culture, geography and age. We developed a strong bond, and peer support was a gift,” Mericle said. “I developed a strong relationship with our faculty. I quickly found that I was in an environment that challenged me, yet allowed me to flourish.”

DNPSince finishing her degree, Mericle has been promoted to an expanded role at Alfred I. duPont Hospital for Children and clinical sites. As Operational Vice President for Nemours Children’s Health System and Chief Nurse Executive at Nemours/ Alfred I duPont Hospital for Children in Wilmington Delaware and the Delaware Valley, she leads strategic operational initiatives while mentoring and coaching other nurses.

Mericle says she is thankful that she had DNP-prepared colleagues who nudged and encouraged her to return to school. “I have an incredible sense of gratitude—gratitude for having been a part of the Vanderbilt University School of Nursing academic program and appreciation for those who supported me,” she said. “I know I am a stronger leader because of it.” 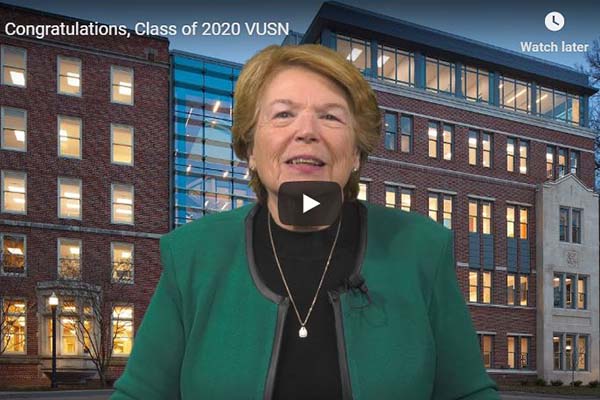 Watch the Class of 2020 Congratulations Video from School of Nursing

Dean Linda Norman, the Vanderbilt School of Nursing Senior Associate Deans and Program Directors share their good wishes and congratulations for the VUSN Class of 2020 as they move into the next phase of their nursing careers. Read Transcript 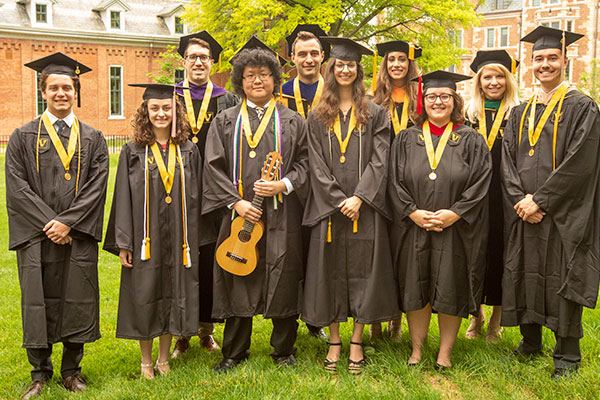 The 2019 Founder’s Medalist for the Vanderbilt University School of Nursing was already a successful entrepreneur, institute director and nurse practitioner before earning her doctor of nursing practice. During her two-year doctor of nursing practice program at VUSN, Brooke Faught worked 60+ hours a week as director of the Women’s Institute for Sexual Health. The mother of three daughters (one with special needs), Brooke also volunteered in the community, gave professional presentations and served on the executive board of directors for two different professional organizations. Her DNP project focused on ways that providers might help young women with Down syndrome receive relevant and appropriate sexuality education. 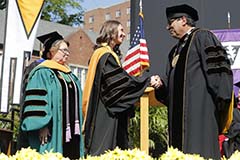 The 2018 Founder’s Medalist for Vanderbilt University School of Nursing is Brenna Gillis, MSN’15, DNP. Gillis, who concluded her DNP work in August 2017, graduated with a 4.0 GPA — her second. Gillis is also an MSN alumna who earned a 4.0 in her master’s studies in 2015. Now a certified psychiatric-mental health nurse practitioner, Gillis provides mental health services to children, adolescents and adults in Rutherford County.