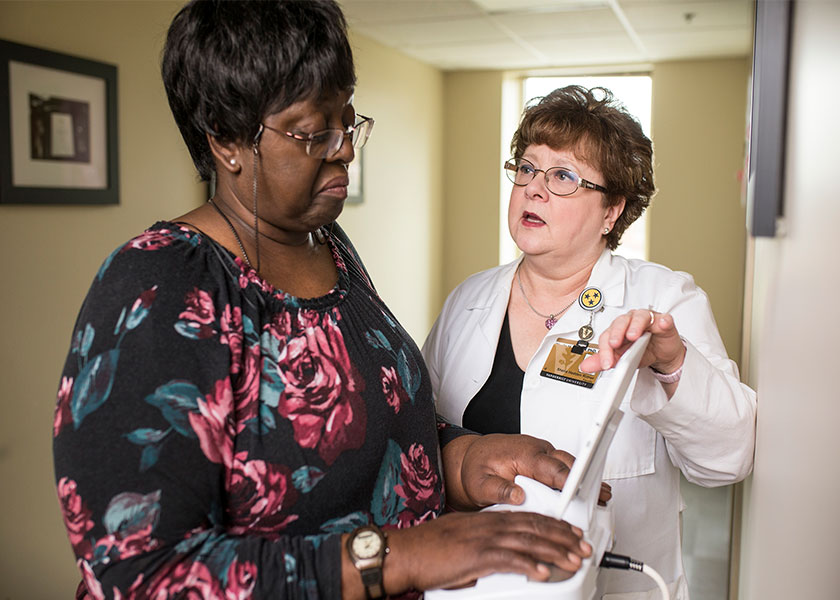 Bioimpedance spectroscopy (BIS) is better than a tape measure for assessing a woman’s risk for developing lymphedema after breast cancer surgery, according to interim results of a study led by Sheila Ridner, PhD, RN, Martha Ingram Professor and director of the PhD in Nursing Science Program at Vanderbilt University School of Nursing.

The multisite international study compares the two methods for identifying women who should be prescribed compression sleeves and gauntlets to reduce lymphatic fluid in the arm and prevent progression to lymphedema.

BIS surveillance reduced rates of progression by approximately 10%, a clinically meaningful improvement. Interim findings from the study were published May 3 in Annals of Surgical Oncology and Ridner presented the analysis during the annual meeting of The American Society of Breast Surgeons in Dallas.

“The bioimpedance device measures lymphatic fluid, and the tape measures everything,” said Ridner, a researcher with Vanderbilt-Ingram Cancer Center. “It takes more lymphatic fluid to make your whole arm volume change than it does to make the device pick up changes. The device is just more sensitive to changes in lymphatic fluid.”

Breast cancer related lymphedema affects between 20% and 30% percent of women due to damage to the lymph glands from surgery, radiation and some medicines, Ridner said. Lymphedema causes swelling in the arm, can be physically debilitating and puts women at greater risk for infections as well as psychological stress.

The results are  an interim analysis of an ongoing controlled trial called PREVENT, launched in 2014 and led by Ridner. The analysis involved 508 participants who had been monitored for a year or longer. Participants identified at risk for lymphedema received compression sleeves and gauntlets and were instructed to wear them 12 hours daily for 28 days to prevent progression to lymphedema. Patients who developed lymphedema reached their endpoint with the trial and were referred to clinicians for complex decongestive physiotherapy (CDP).

“CDP is resource intensive and costly,” Ridner said. “Lymphedema therapists are not accessible everywhere and mostly are in metropolitan areas. You go an hour-and-a-half in any direction outside of Nashville, for example, and we can’t find people to treat these patients.”

Clinicians have traditionally used tape measures to monitor breast cancer patients for lymphedema, but that method can vary greatly depending upon how a clinician does this.

“Tape measure is the most commonly used method around the world even though it is fraught with error,” Ridner said. “To get accurate measurements for a research study, there is an incredible amount of training to teach all the sites in this international study how to measure the same way. I do annual fidelity oversight visits to every single site to make sure there has not been any slippage in the protocol.”

BIS is a painless and noninvasive procedure that entails running an electronic signal through the body. The technology is similar to electronic monitors for body mass index, but much more refined.

“It is possible that at three months post-surgery in some patients there remains a generalized, whole-arm inflammatory response that is identified by tape measure,” the analysis states. “Increased extracellular fluid may not be a major factor in that volume change.”

Ridner and the research team will evaluate the factors associated with triggering for both groups going forward.

“We had statistically significant more people trigger an intervention that were in the tape group than in the BIS group, which was contrary to what many people thought would have happened in the study. One of the concerns about BIS in general was that it might generate false positives and we might psychologically distress people,” Ridner said. “That was never my experience in the 15 to 16 years I’ve been working with the technology.”

The PREVENT trial has enrolled a total of 1,201 participants with 325 of them being patients of the Vanderbilt Breast Center. The findings released at the annual meeting of the American Society of Breast Surgeons involved the first 500 to have been monitored for 12 months or longer. The trial is anticipated to continue through December 2020. Other sites involved in the trial include Alleghany General Hospital, Columbia University Medical Center, Mayor Clinic (Jacksonville, Fla.), University of Louisville, Macquarie University (New South Wales, Australia), MD Anderson Cancer Center, University of Kansas Medical Center, Cleveland Clinic and Southeast Health Southeast Cancer Center (Cape Girardeau, Mo.).

The study is funded by ImpediMed, medi, and by the National Institutes of Health (NIH/NCATS UL1 TR000445). 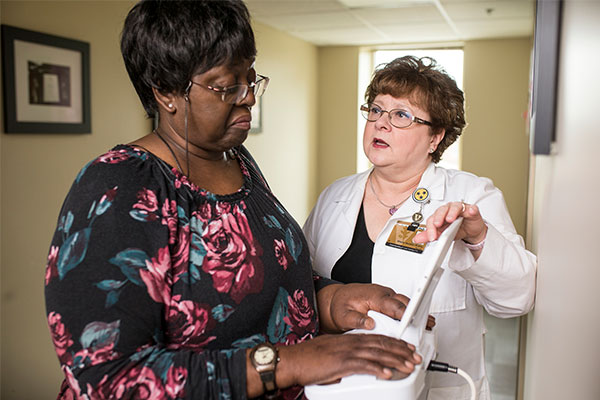 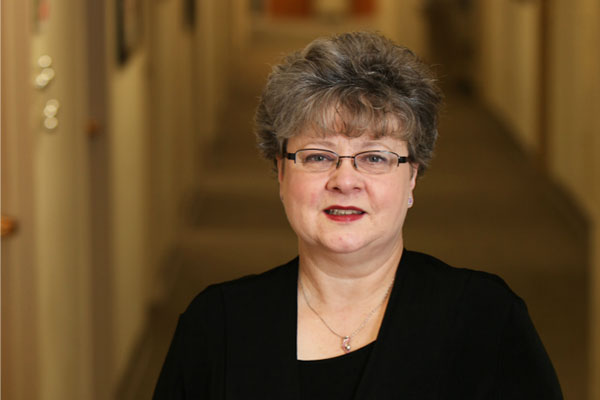 Sheila Ridner, PhD, RN, FAAN, Martha Rivers Ingram Professor and director of the Vanderbilt School of Nursing’s PhD in Nursing Science Program, has been named a 2019 American Cancer Society ResearcHERS Ambassador. In this role, Ridner is advocating for her fellow women researchers and raising funds to support their work. “When I was asked to… 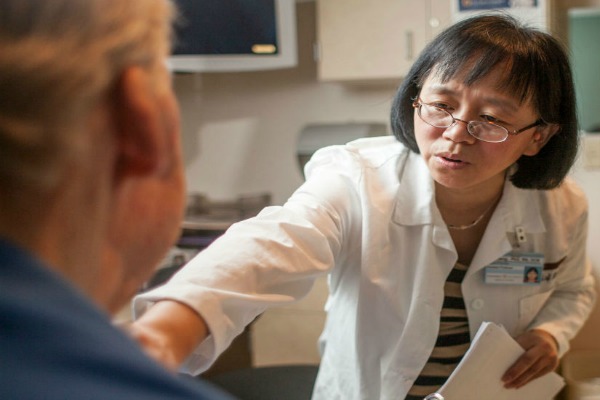