Six Vanderbilt University School of Nursing graduates will be inducted as fellows into the American Academy of Nursing on Saturday, October 31, 2020. Invitation to fellowship is one of the highest recognitions bestowed by AAN.

Fellows are recognized for their extraordinary commitment to the promotion of the public’s health through evidence and innovation. They are selected based on their contributions to increase access, reduce cost and improve quality through nursing theory, practice and science.

Heather Carter-Templeton, PhD, MSN’20, RN-BC, earned her Master of Science in Nursing degree in health systems management from Vanderbilt in 2000. Her research as an associate professor at the Capstone College of Nursing at the University of Alabama in Tuscaloosa focuses on marrying informatics with evidence-based practice, about which she has published nationally and internationally.

Kim Kubler, DNP’11, APRN, ANP-BC, resides in Albany, Georgia, where she is a provider at Ortho Sport & Spine Physicians. She is founder and director of the Multiple Chronic Conditions Resource Center, an organization that serves as liaison between patients and providers, as well as source of information for caregivers and legislators. Kubler earned her Doctor of Nursing Practice degree from VUSN in 2011. She speaks and publishes about chronic pain.

Sheridan Miyamoto, PhD, MSN’96, FNP, RN, is an assistant professor at Pennsylvania State University College of Nursing in University Park and principal investigator at Penn State’s Sexual Assault Forensic Examination Telehealth (SAFE-T) Center. She graduated from the Master of Science in Nursing family nurse practitioner program in 1996. As director of the Center, Miyamoto leads a ground-breaking program to mine databases and utilize other technology for signs that characterize households that may be of high risk for child endangerment and human trafficking.

Randolph “Randy” Rasch, PhD, MSN’79, RN, FNP, FAANP, has served as dean of the Michigan State University College of Nursing in East Lansing since 2015. He received his Master of Science in Nursing degree from Vanderbilt in 1979, graduating as a family nurse clinician. He served as VUSN faculty and led VUSN’s family nurse practitioner specialty from 2002 to 2010. In February 2020, Michigan Governor Gretchen Whitmer appointed Rasch to a state-wide effort to reduce health disparities for people of color. He is a member of the board of the American Association of Colleges of Nursing and serves on the Dean’s Advisory Board at VUSN.

Elizabeth “Liz” Sharpe, DNP, MSN’02, APRN-CNP, FNAP, FAANP, is an associate professor of clinical nursing and director of the neonatal nurse practitioner specialty at The Ohio State University in Columbus. She earned her Master of Science in Nursing degree in 2002 in neonatology. She is widely published in areas of pediatric vascular access, harm prevention and neonatology.

The American Academy of Nursing is comprised of more than 2,700 nursing leaders who are experts in policy, research, administration, practice and academia that champion health and wellness, locally and globally. 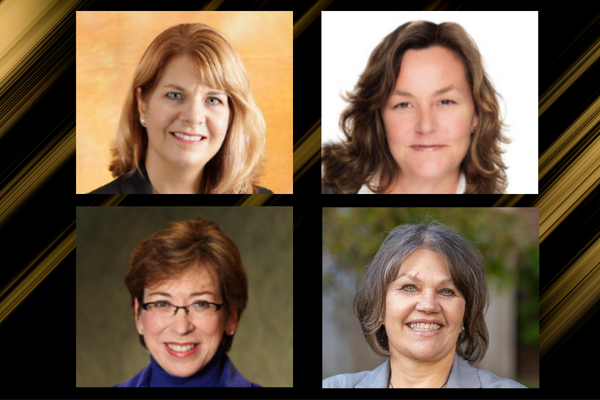 Four faculty to be inducted as American Academy of Nursing fellows

The American Academy of Nursing has selected four School of Nursing faculty for its 2022 cohort of fellows. The four, Kelly Aldrich, DNP, FHIMSS; Laurie Connors, PhD(c), DNP,  FAANP; Marilyn Dubree, MSN’76; and Brenda Kulhanek, PhD, will be inducted into the academy during its annual health policy conference in October. Six VUSN alumni will also… 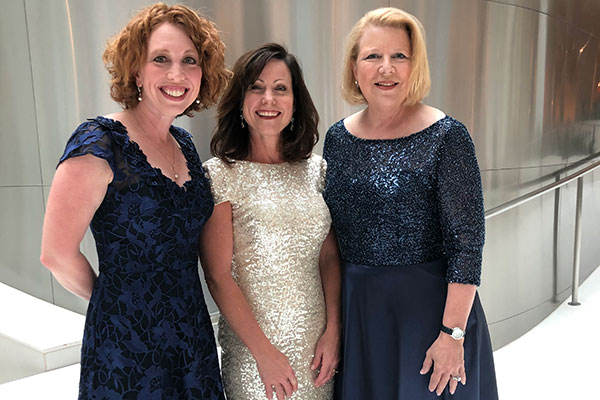 Heath Kohlmeier, MSN’18, received his first hug from a patient Tuesday, a small testament to the relationships he hopes to build with patients in his new role as a nurse practitioner at Tulip Tree Family Health Care. “One of my patients told me that I reminded her of her son. We just had a good interaction in the room there,” Kohlmeier, an FNP, said. “She asked if she could give me a hug at the end. It was a small victory within me, I feel like that’s one of those signs you’ve reached out to that patient, that you’ve built that connection and can start going from there.”