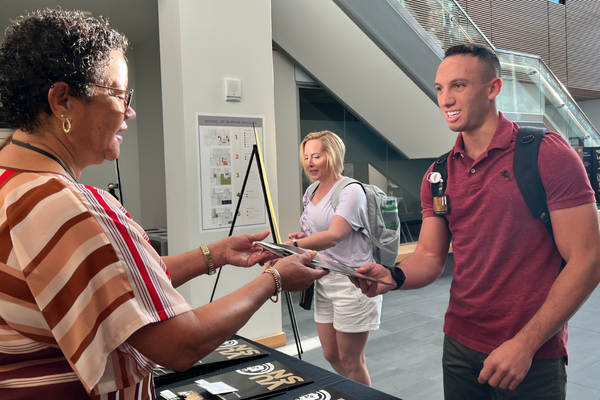 Fall 2022 brought 584 new faces and a variety of backgrounds as part of the Vanderbilt University School of Nursing incoming class, with 143 PreSpecialty (bachelor’s in a field other than nursing), 343 Direct Entry (BSN-prepared), 66 Doctor of Nursing Practice, one new PhD in Nursing Science and 23 Post-Master’s Certificate students, some of whom are also obtaining the DNP.

In total, new School of Nursing students come from 272 undergraduate programs in 47 states and three countries

John M. Abiassi, a pediatric ICU travel nurse at Childrens Healthcare of Atlanta, is studying to earn an MSN in Nursing and Health Care Leadership. Abiassi’s first experience in health care was as a pediatric ER patient care technician, but his first love was acting.

A musical theatre actor who has been performing since he was in the second grade, Abiassi says his acting background adds to his strengths as a nurse.

“One of the biggest lessons I learned from acting was how to empathize with people who aren’t like me,” he said. “With my training, I believe I am able to better understand people’s primary motivations or intentions about why they do what they do.”

“After calming a child down while he was in c-spine in the ER, I knew there was something I could contribute to the health care landscape,” Abiassi said of his initial work as an ER tech. “I chose Vanderbilt because it is a name like no other. When you hear the name Vanderbilt in association with the School of Nursing, it carries weight. The faculty, from the second I applied, were active and engaged in my development and that is the kind of leader I want to be.” 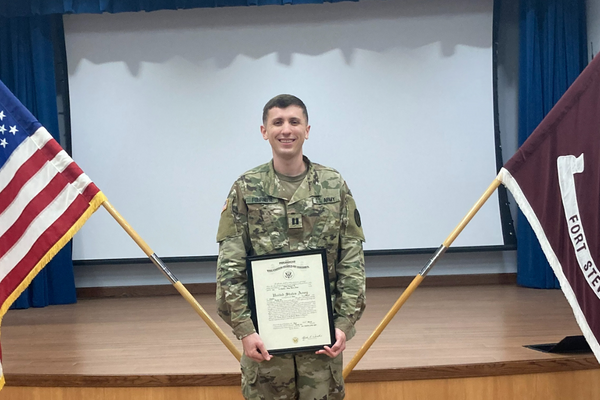 Ethan Fournier, from Magnolia, TX, is part of the pediatric acute care nurse practitioner program. He has more than four years of army nursing experience in adult medical-oncology and inpatient pediatrics. He now works at the Vanderbilt Pediatric After-Hours Clinic.

“On the pediatric ward I worked primarily with kids with cancer,” he said. “This is when I found my passion in nursing, helping children beat cancer. I was drawn to a career in nursing because I wanted to make a difference in the world by helping people when they needed it the most.”

Fournier chose Vanderbilt based on its prestige and to help him become a better pediatric nurse.

“I also chose Vanderbilt because of the Bass Military Scholars program which allows me as a veteran to continue to serve through volunteering,” he said. The Vanderbilt University Bass Military Scholars Program awards $30,000 scholarships annually to highly talented veterans pursuing graduate and professional degrees at Vanderbilt. Recipients participate in volunteer, mentoring and leadership activities while pursuing their degrees. 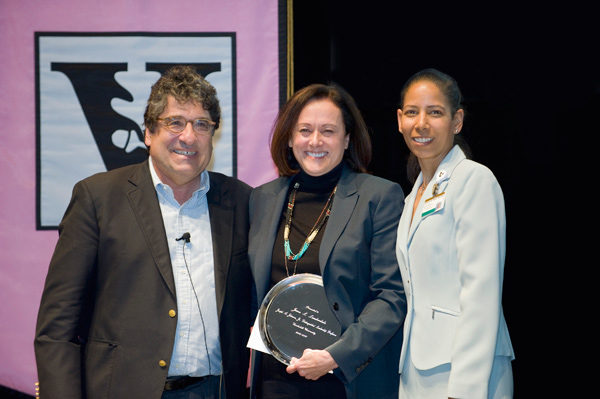 Jana Lauderdale, assistant dean for the Office of Diversity and Inclusion in the School of Nursing, received the second Joseph A. Johnson, Jr. Distinguished Leadership Professor Award ever given by Vanderbilt University The honor recognizes faculty leadership in equity, diversity and inclusion in academic endeavors and was presented during Vanderbilts spring faculty assembly. “I am so very honored,” Lauderdale said after receiving the award. “When you aren’t expecting something and it happens–it makes you all the more appreciative and grateful.” 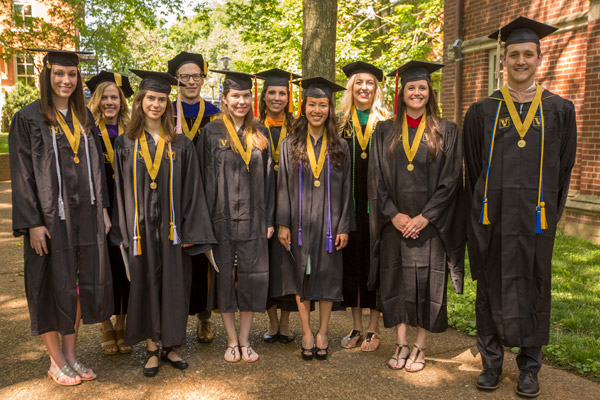 Jessica Nicole Walker, from Brentwood, Tennessee, is Founder’s Medalist for the School of Nursing. She is graduating with a master of science in nursing in the Psychiatric-Mental Health Nurse Practitioner program. Walker discovered a passion for research while excelling as student, volunteer and scholar. She received the American Psychiatric Nurses Association Board of Directors Student…