Faculty and students in the Vanderbilt University School of Nursing have recently been recognized for career accomplishments, research, scholarship and leadership. Recent honors include:

The American Academy of Nursing has announced that three Vanderbilt University School of Nursing faculty will be inducted as fellows of the prestigious professional organization later this year. Assistant Professor Cathy Maxwell, PhD; Assistant Professor Julia C. Phillippi, PhD, FACNM; and Senior Associate Dean for Academics Mavis Schorn, PhD, FACNM, will be named fellows during the AAN’s annual policy conference in November. Fellows are selected based on evidence of significant contributions to nursing and health care, including how the nominee’s nursing career has influenced health policies and the health and wellbeing of all. They must be sponsorship by two current AAN fellows. Fellowship is considered one of the most significant honors a profession can bestow.

Associate Professor Shelagh Mulvaney, PhD, is one of only eight academics invited to participate in a summit hosted by the Diabetes Technology Society in Washington, DC. Invited participants from industry, clinical medicine, academia, law and government will discuss desirable features in mobile apps and an FDA initiative to create a precertification program for digital health software.

Work by Neonatal Academic Director Karen D’Apolito, PhD, NNP-BC, FAAN, and colleagues at Monroe Carell Jr. Children’s Hospital at Vanderbilt regarding infants with neonatal abstinence syndrome and methadone has been published in the Journal of the American Medical Association Pediatrics. D’Apolito and other investigators in the multisite study found that methadone appears to be a faster and more effective treatment for babies with NAS than morphine. With a baby born addicted to opiates every 15 minutes in the United States, the work may help determine the most effective and uniform standard of care for the infants.

Assistant Professor Dawn Vanderhoef, PhD, DNP, has selected to participate in the American Association of Colleges of Nursing’s 2018 Leadership for Academic Nursing Program. The AANP leadership program was created to help develop individuals in academic or administrative roles for future top academic administrative positions. As a Fellow in the yearlong program, Vanderhoef will attend an intensive five-day seminar, participate in leadership exercises and programming, and be paired with a leadership mentor.

Professor of Nursing Joan King, PhD, ACNP-BC, ANP, FAANP, was honored with the Distinguished Member Award from the American Association of Heart Failure Nurses (AAHFN) during the group’s annual meeting in Chicago earlier this summer. The award is given to an AAHFN member who has made a significant contribution to heart failure nursing and/or has provided the organization with distinguished service over a period of time.

Associate Professor Terrah Akard, PhD, has been invited to participate in the Vanderbilt Leadership Academy, the university’s program to identify and develop Vanderbilt’s next generation of academic and administrative leaders. During the eight-month program, Akard will participate in leadership activities, workshops and sessions as part of a cohort of Vanderbilt’s high-performing and high-potential leaders from the university and Medical Center.

Assistant Professor Carol Ziegler, DNP, has been awarded a Southeastern Conference (SEC) Faculty Travel grant. The SEC grants are awarded to support faculty collaboration among SEC institutions. Ziegler will use hers for travel to the University of Tennessee to collaborate on climate change and inter-professional education. Additionally, Ziegler has been selected to create and teach one of Vanderbilt’s new interdisciplinary university courses in spring 2019. She will teach Planetary Health, Policy and Social Justice, which will be open to undergraduates and students from across Vanderbilt’s schools.

Nurse-Midwifery student Natima Geis has won two competitive and prestigious national scholarships. She has been awarded the March of Dimes Graduate Nursing Scholarship and the American College of Nurse-Midwives Midwives of Color-Watson scholarship.

Adult-Gerontology Primary Care student Kaitlyn McGowan and Adult-Gerontology Acute Care student R. Mansfield have been named fellows in the Cal Turner Program for Moral Leadership in the Professions, which is overseen by Vanderbilt Divinity School. They will attend a new fellows retreat in September.

Please send notice of awards, honors, distinctions, publication published, etc., to nancy.wise@vanderbilt.edu. We will do our best to include them in future recognition roundups. 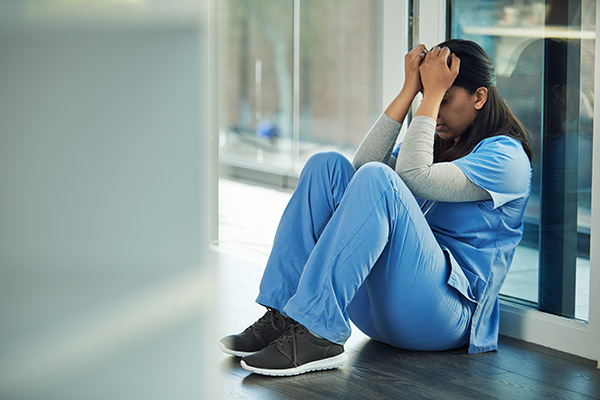 What to do about COVID-19’s psychological impact on nurses

Three Vanderbilt School of Nursing faculty tackle the psychological toll of COVID-19 on nurses with an article in American Nurse. With the COVID-19 crisis, nurses face unprecedented stressors in their professional and personal lives, write Brittany Haskell, DNP, Mathew Schroer, DNP, and Marci Zsamboky, DNP. “To best support nurses, understanding the psychological effects of COVID-19 on them, the impact of secondary traumatic stress (STS), and ways to manage these effects during this stressful time is important.” 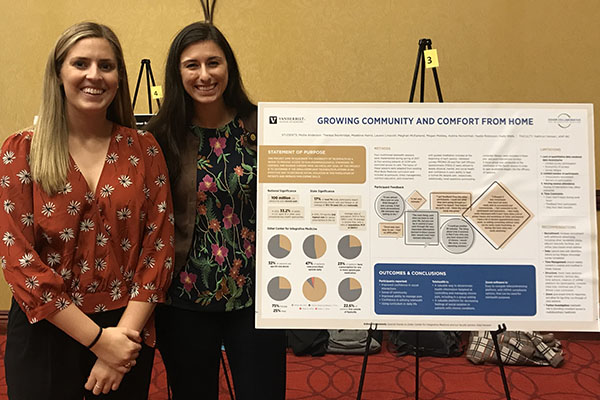 Faculty and students in the Vanderbilt University School of Nursing have recently been recognized for these career, research, scholarship and leadership accomplishments. The National Hartford Center of Gerontological Nursing Excellence named Assistant Professor Jennifer Kim, DNP, MSN’97, GNP-BC, FNAP, FAANP, a distinguished educator in gerontological nursing. She received the award at the NHCGNE Leadership Conference…