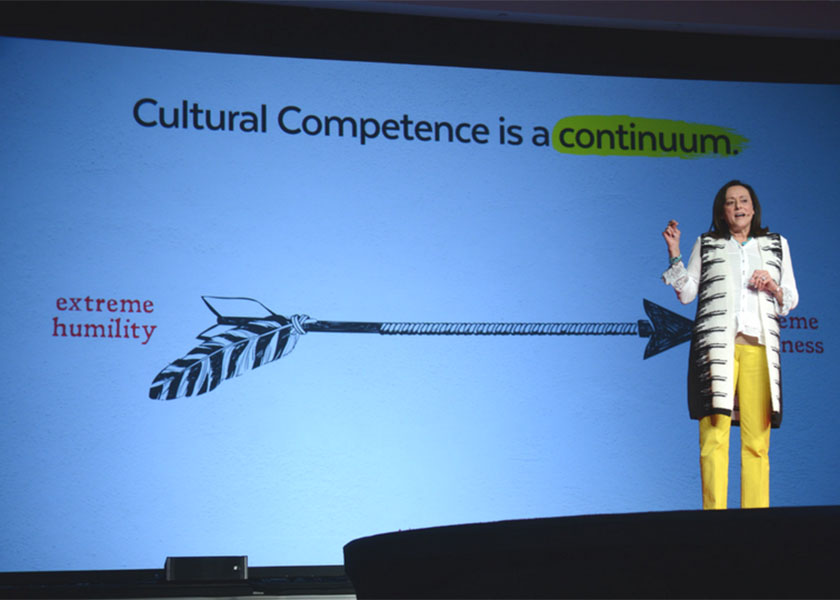 When Jana Lauderdale, PhD, RN, FAAN, took the stage at the National Student Nurses’ Association (NSNA) 66th Annual Convention plenary session presented by Johnson & Johnson, she introduced herself in a unique way: “I’m a Comanche Indian and I’m a nurse.”

These descriptions shape Jana’s personal identity, but they also shape how she approaches and analyzes the world around her. Her personal experiences and the situations she observed early in her career as a nurse drew her to learn more about cultural competence, which she defines as the process in which the nurse continuously strives to work effectively and respectfully within the cultural context of an individual, family, or community who identifies as being from a diverse background. A diverse background isn’t just about skin color or race, it is broader. It also includes different ethnic populations, the disabled, HIV-infected groups, LGBT populations, and the homeless.

Throughout her career, which began in a labor and delivery unit in Texas and led her to her current position as assistant dean at the Office of Diversity and Inclusion at Vanderbilt University School of Nursing, she has had many opportunities to apply cultural competency training and influence others to view situations with a culturally competent lens.

As a labor and delivery nurse, Jana saw how culturally different groups of women had entirely different birth experiences. She looked at factors outside the hospital, including living situations, disabilities, chronic diseases, and more. By being aware of these needs and understanding cultural nuances, Jana quickly realized that nurses could provide more comprehensive patient care.

When she was working in an intensive care unit (ICU), Jana encountered a situation where her fellow nurses were frustrated and confused by a patient whose family continued to move the furniture in his room every day. To these nurses, moving the furniture around made the room messy and more crowded. However, when Jana had a conversation with the patient’s family, she learned that the patient was Muslim and believed in the importance of facing west when expecting death. Immediately, everything clicked into place for the nurses and they were able to provide better care.

To provide this level of culturally competent care, nurses must learn from their patients, Jana said. The most important thing is to become very familiar with the populations you serve, and though you might not know every single thing about every cultural group, it’s imperative to know about the ones you care for on a daily basis.

“Cultural competence is not about race or gender or morality, it’s about patient outcomes,” Jana concluded. “It’s about openness and acceptance – with every patient, every day.” 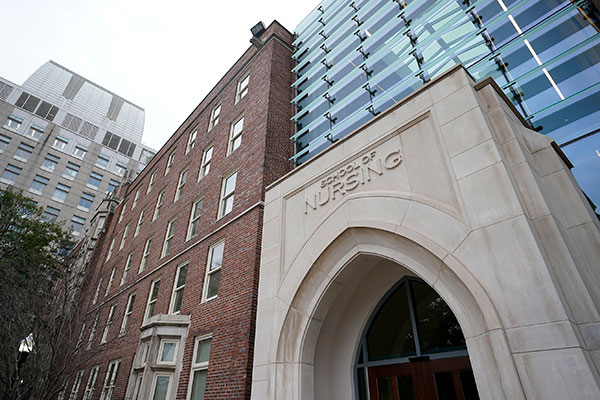 Recent honors and awards for School of Nursing faculty and students

Faculty and students in the Vanderbilt University School of Nursing are regularly recognized for career accomplishments, research, scholarship and leadership. Recent noteworthy honors include: Professor Susie Adams, PhD, PMC’01, PMC’11, FAANP, FAAN, was inducted into the 2020 University of Kentucky College of Nursing Hall of Fame during virtual ceremonies held in September. Adams was hailed… 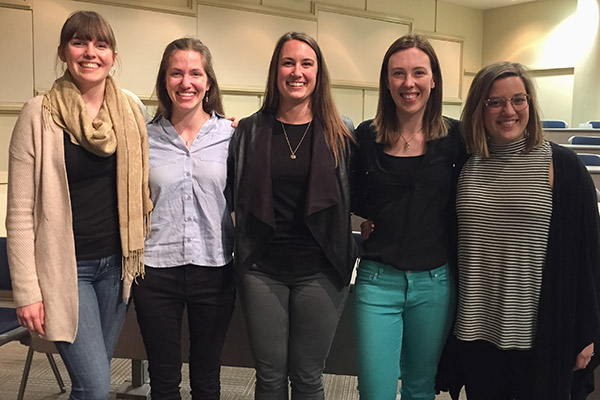 The Vanderbilt University School of Nursing (VUSN) student chapter of Nurses for Sexual and Reproductive Health (NSRH) recently hosted “Trauma-Informed Pelvic Care,” an interactive, live-streamed workshop led by guest speaker Stephanie Tillman, CNM. A nurse-midwife in Chicago, Tillman is also known for her blog, “Feminist Midwife.” People from Canada, Mexico, the UK, and across the… 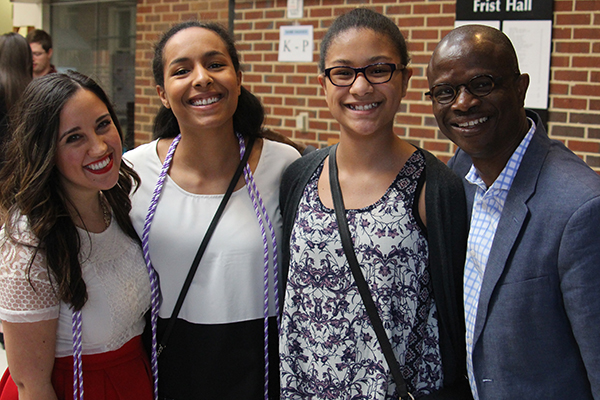 Vanderbilt University School of Nursing (VUSN) has adopted a new diversity and inclusion statement that sets out its dedication to the equity, diversity and inclusion of all students, faculty and staff and proclaims its responsibilities as an educational institution to foster and graduate highly educated and culturally sensitive health care professionals. The statement was developed…