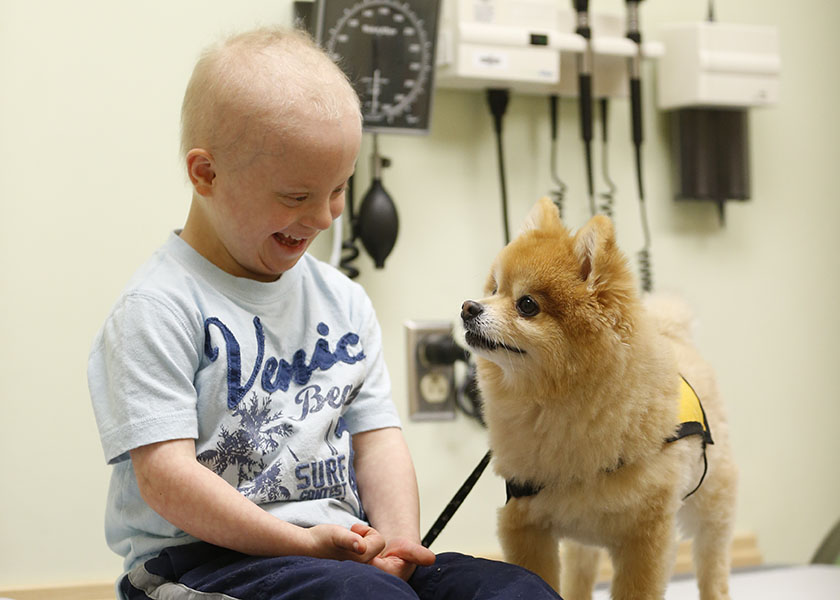 One of the top stories from CNN over the holidays featured Vanderbilt University School of Nursing Professor Mary Jo Gilmer and research on the effectiveness of animal-assisted interactions for children with cancer. The story showcased Swoosh, a therapy dog at Monroe Carell Jr. Children’s Hospital at Vanderbilt, and two boys he helped through cancer treatments.

When CNN posted the video to its Facebook page, it initially received 242,000 views. Subsequent reposts led to the video being seen more than 1.52 million times on Facebook alone. It was also featured on CNN’s international Facebook page. 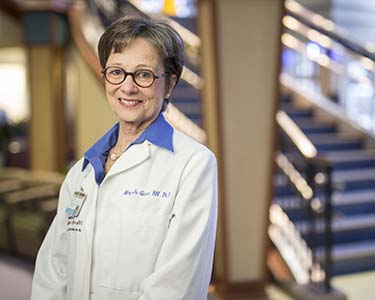 Gilmer, PhD, FAAN, was Vanderbilt’s principal investigator on a multisite study that found animal-assisted interventions may be beneficial for parents and families during pediatric cancer treatment. “Measuring the Effects of an Animal-Assisted Intervention for Pediatric Oncology Patients and Their Parents: A Multisite Randomized Controlled Trial,” co-authored by Gilmer, was published online Dec. 21, 2017 in the Journal of Pediatric Oncology Nursing.

The Monroe Carell Jr. Children’s Hospital at Vanderbilt was one of five pediatric hospitals in the study. More than half of the children who participated were patients at Vanderbilt Children’s.

The study was sponsored by American Humane, with funding from the nonprofit Human-Animal Bond Research Institute and Zoetis, a global animal health company.

The study was featured in the cover story, “A Patient’s Best Friend,” of the spring 2015 Vanderbilt Nurse magazine. Patient JonJon Huddleston, shown above with Swoosh, participated in the study and was part of VUSN’s magazine story. 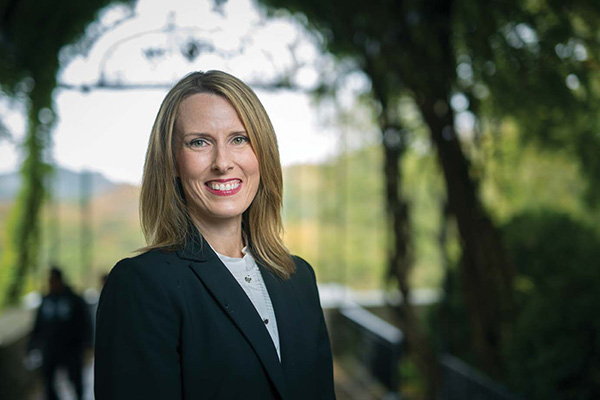 Associate Professor Terrah Akard, PhD, FAAN, has been selected for the 2019 cohort of Chancellor Faculty Fellows, a group of highly accomplished, recently tenured Vanderbilt University faculty from a wide variety of disciplines and areas of expertise. 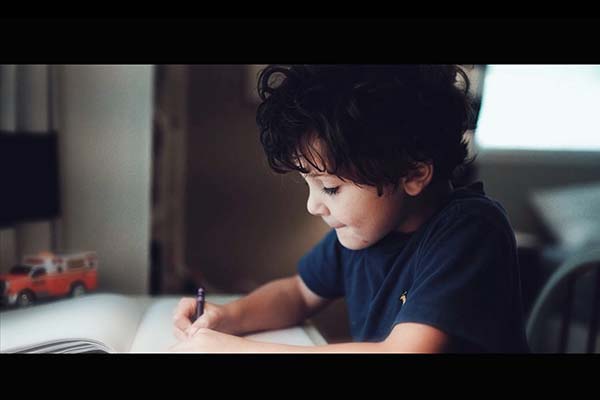 A video created to recruit families for a research study run by Terrah Akard, PhD ‘08, MSN ‘01, RN, FAAN, associate professor in the Vanderbilt University School of Nursing (VUSN), has advanced to the national American Advertising Awards (formerly the ADDYs) competition where it will compete for the advertising industry’s best Public Service Online Film/Video/Sound award. The…