45 years of service: Marilyn Dubree celebrates a milestone of dedication to Vanderbilt Nursing 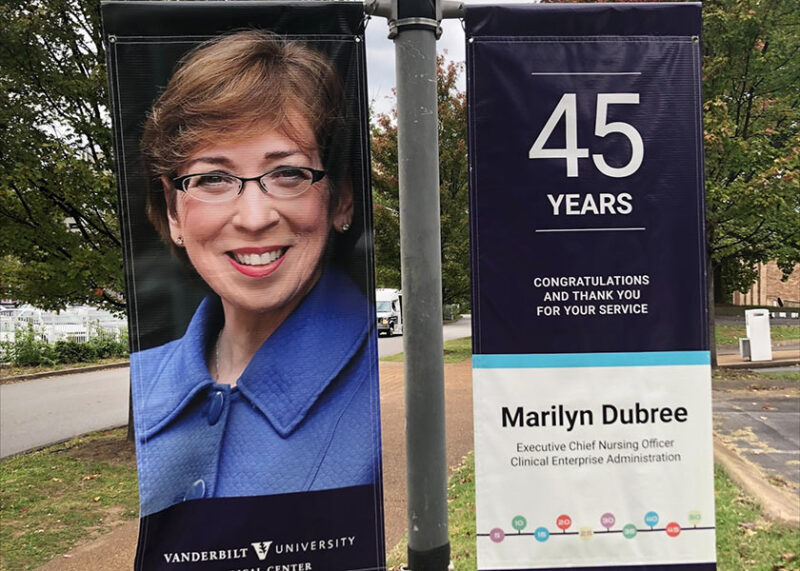 When Marilyn Dubree, MSN’76, graduated with her master’s degree from the Vanderbilt University School of Nursing, she had no intention of remaining at Vanderbilt for the rest of her career. Thankfully for Vanderbilt University Medical Center and for the more than 7,000 nurses she serves, Marilyn did just that. For 45 years, Marilyn has been the backbone of the VUMC nursing program, rising through the ranks from a clinical nurse specialist and nursing instructor to her current role as Executive Chief Nursing Officer.

“Thinking about being at Vanderbilt for 45 years is quite a walk through history. I think about how much has changed in health care and our world, how much we’ve all grown, what Vanderbilt has become and what it is still becoming,” Marilyn said. “It’s hard to believe it’s been 45 years —  I can’t quite imagine; the number seems really wrong — but indeed, it has been 45 years.”

Throughout her tenure, Marilyn has served in various administrative roles, including Associate Director, Surgical Nursing; Director, Operational Improvement; Associate Hospital Director, Patient Care Services and Chief Nursing Officer.  She has also created a positive partnership with the School of Nursing over the years serving as assistant professor, assistant dean for clinical practice and currently,  senior associate dean for clinical practice.

“How do you summarize the contributions of someone who has been at VUMC for 45 years?  She has been pivotal in shaping the very fabric of the Medical Center, including our strategic directions, health system growth, staff satisfaction, and the quality and safety of our patients.  Marilyn’s leadership and influence have ensured that we continue to keep our patients and families at the center of decision-making,” said C. Wright Pinson, M.D., MBA, Deputy Chief Executive Officer and Chief Health System Officer for VUMC.

Marilyn’s accomplishments over the years are many, both at VUMC and in the community. She’s served on the Renewal House Board of Directors, graduated from Leadership Nashville and has been involved with and advocated for the Middle TN American Heart Association, the Tennessee Board of Nursing, Middle Tennessee Girl Scouts and the American Cancer Society, just to name a few. In 2016, she was inducted into the YWCA’s Academy for Women of Achievement. But if you ask Marilyn which accomplishment makes her most proud, she’d say it was ushering the Medical Center to its first Magnet Designation.

“The day we received our first magnet designation was really one of great pride for me because magnet designation, as many nurses know and others now know, is really the distinction of being recognized as an excellent environment for clinical practice, leadership and for patient care,” she said.

In fact, Marilyn said many of the highlights of her 45 years at VUMC have been related to patient care and the relationships she’s built with colleagues.

“I think the highlights … have been related to patient stories that I remember – the successes and also the losses. The things that really stand out are the relationships and the people that I have met that I’ve had the privilege and opportunity to work with and the work that we’ve been able to do,” she said. “We’ve amassed an amazing team over those years who have advanced not only care at Vanderbilt for our patients in hospitals and clinics, but also who have advanced nursing leadership and have advanced the practice of nursing. Being able to be part of that … and then to have the privilege to help lead those groups has really been truly a privilege for me.” 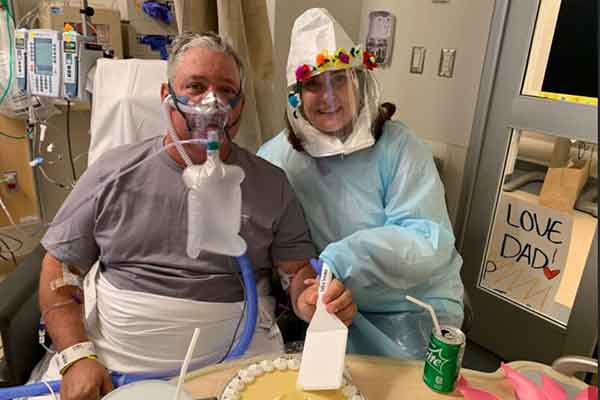 Tears of joy, tears of sorrow — College sweethearts, a COVID unit wedding, and a love story that ended too soon

The first week of October, 2020, Vanderbilt School of Nursing alumna Sherri Randolph, MSN’97, planned to marry her college sweetheart, Stacey Bruff. As things turned out, Sherri and Stacey got married a few days earlier, Sept. 21, in the only wedding ever to take place in the COVID unit at Vanderbilt University Medical Center. Tragically and unexpectedly, Stacey died two days after the wedding. Sherri was devastated, and she still has a hard time talking about Stacey without tears welling up. There is a lot of sadness about how things turned out. She knows that all over the world there are millions of lives that have been changed forever by the COVID-19 pandemic, and hers is one of them. So, this is a story rooted in the devastation of the pandemic. But don’t lose sight of this: it is still a love story. 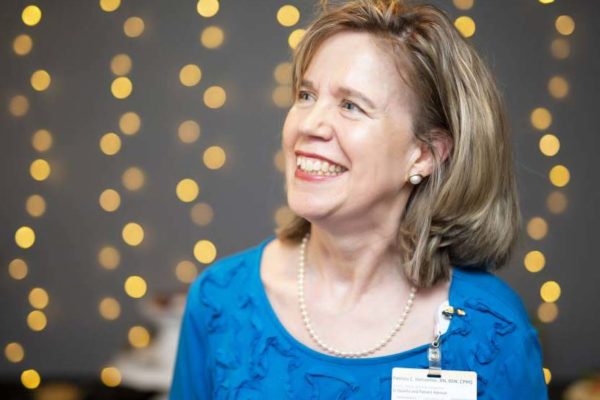