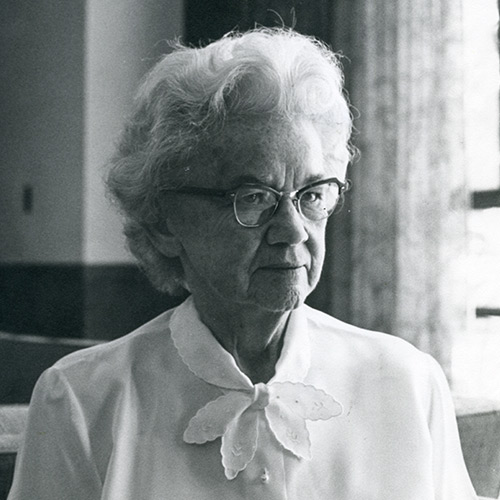 During Dean Hereford's two year sabbatical, (1958-1959), Ms. Gault served as acting dean. She was a 1916 graduate of Wooster College and had attended the Vassar Training Camp. Before joining the School's faculty, she was the director of nursing education at Meharry Medical College.

Several noteworthy events occurred at this time, starting with the successful completion of the University's 30 million dollar campaign and allocation of $115,000 to the school. Bobbie Jean Perdue, the first African-American student, also matriculated. The first contact with the Helene Fuld Trust Fund was made, which eventually led to secured funds in 1967 to renovate two floors of the nursing building and establish the Helene Fuld Instructional Media Center.

In 1967, she helped prepare a grant proposal for a five-year undergraduate curriculum revision project, which was submitted to the Division of Nursing of the U.S. Public Health Service. It was approved shortly afterwards on a trial basis. The purpose of the project was to revise the undergraduate curriculum and enrich instruction to accommodate more students, decrease attrition, and graduate knowledgeable, effective nurses. She retired shortly after this program was implemented.