When They Can’t Tell You Where It Hurts 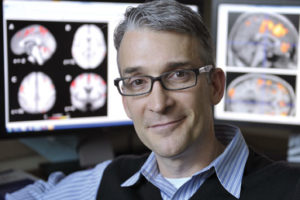 Already suffering from Alzheimer’s disease, Todd Monroe’s grandmother was dealt a second blow — breast cancer. Because she couldn’t articulate what was wrong, the cancer was advanced when she was diagnosed. Managing her pain became a top priority, but that was a challenge: she couldn’t tell the caregivers in the nursing home where she lived when she was in pain.

Some of the team caring for her were reluctant to administer pain medications to someone who could no longer speak, recalls Monroe, Ph.D., R.N., FAAN, assistant professor of Nursing. It was up to Monroe, who was with his grandmother in her final days, to ensure she received the medications she needed.

“Many caregivers are afraid to administer pain medications if they can’t assess pain severity or pain relief,” Monroe said. “Poorly treated pain in older adults is a serious public health problem which is made extremely challenging when the person has severe dementia and limited ability to communicate.”

Monroe credits his grandmother’s experience with making him aware of the issues facing clinicians who must assess pain and of the risk of undertreated pain in persons with dementia. Much of his work since then has been to determine how dementia impacts the neurobiology of pain systems in the brain and to use this information to better guide pain management in this highly vulnerable population.

After earning his MSN from the University of Alabama and a Ph.D. in nursing from the University of Tennessee Health Science Center, Monroe was drawn to Vanderbilt for a three-year postdoctoral opportunity with the School of Nursing, Vanderbilt University Institute of Imaging Science, and Vanderbilt Psychiatric Neuroimaging Program. After completing the postdoctoral program he joined the VUSN faculty; he also holds an appointment as assistant professor of Psychiatry and Behavioral Health at the Vanderbilt University School of Medicine. In 2016 he was named a Fellow of the Gerontological Society of America.

His most recent research found that people with Alzheimer’s disease might not perceive pain as readily as healthy older adults, which may lead to underreporting of pain and delays in treatment. In a paper published in BMC Medicine, Monroe and his colleagues suggest that this alteration in pain detection may be one reason that people with Alzheimer’s disease and pain tend to be undermedicated. Altered pain detection also places people with dementia at increased risk for delay in detecting underlying conditions that could have a serious impact.

Monroe’s group studied pain responses in two groups of older adults (age 65 and older), one composed of healthy people and the other composed of people with diagnoses of Alzheimer’s disease. The three-year study used an FDA-approved psychophysical thermal stimulation to test for and examine self-reports of pain in the two groups. The participants with Alzheimer’s were all physically healthy, communicative and able to provide a verbal pain rating.

“We compared the perception threshold for three experimental thermal intensities and the unpleasantness associated with each,” he said. “We found that participants with Alzheimer’s disease required higher temperatures to report sensing warmth, mild pain and moderate pain when compared to healthy adults. What we didn’t find was a difference between the two groups in reporting how unpleasant the sensations were at any level.”

Further study is needed, but it is becoming clear that health care providers should evaluate pain in Alzheimer’s disease with a variety of methods, including pain scales, behavioral changes and nonverbal responses such as facial expressions. This is especially critical in latter stages when many patients have difficulty communicating.

“As people age, the risk of developing a painful condition increases, and as the population of older adults continues to grow, so will the number of people diagnosed with Alzheimer’s disease,” he said. “We need to find ways to improve pain care in people with all forms of dementia.”

By Kathy Rivers and Nancy Wise 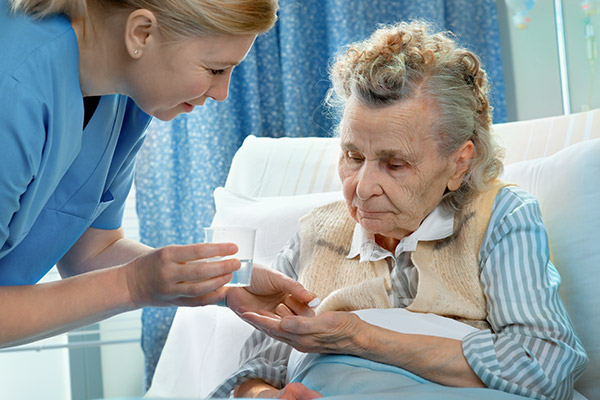 People with Alzheimer’s disease don’t perceive pain as readily as healthy older adults, and this may lead to delays and underreporting of pain. This alteration in pain detection may be one reason that people with Alzheimer’s disease and pain tend to be undermedicated and suffer unnecessarily, a trans-institutional group of Vanderbilt researchers reported recently in…