On clinic day every week, Vanderbilt University School of Nursing student Brooke Hazen gets to the hospital early. Her 12-hour day starts at 6:30 a.m. with the charge nurse’s report on patients and case review with an instructor before hands-on patient care begins.

“We’re taking vital signs, helping patients shower and walk, administering shots and IVs and interpreting lab results,” she said. “It’s the best way to solidify what we’re learning. I couldn’t believe the pace at first — it’s very intense. The faculty has high expectations for us, and they give us a lot of support. I love it.

Hazen is in the school’s PreSpecialty program, which provides a two-year path to a master’s degree for students with bachelor’s degrees in fields other than nursing. She’s studying to be an adult-gerontology primary care nurse practitioner. She is also part of the Vanderbilt Program for Interprofessional Learning, in which students in nursing, medicine, pharmacy and social work team up weekly to collaborate on clinical- and classroom-based activities.

One reason that Hazen can dive into her studies headfirst is due to her scholarship from the Lettie Pate Whitehead Foundation, which has provided more than $4.5 million in support to hundreds of Vanderbilt nursing students since 1971.

“The Lettie Pate Whitehead Foundation has been transforming lives for decades,” said VUSN Dean Linda D. Norman, DSN, FAAN, the Valere Potter Menefee Professor of Nursing. “The Foundation understands it is not only supporting nurse leaders but also the patients and families whose lives will be touched by our graduates. We are forever grateful for their long partnership with our school.”

Hazen said she was excited to be accepted to the School of Nursing, but wasn’t sure how she was going to pay for the program. “The day I got the letter about the scholarship, I just cried,” she said. “The cost of higher education prevents a lot of people from pursuing their real passion. Scholarships like these open doors and help people like me make the decision to be the person who can go into the community and make a difference.”

Like many of her fellow students, Hazen’s path to a nursing career wasn’t direct.

She grew up in rural Pelham, Tennessee, halfway between Nashville and Chattanooga, in a home filled with music. She studied music and vocal performance as an undergraduate, focusing on a career as an opera singer.

But alongside the music was always an interest in health care. Hazen’s father, a veteran, had chronic health issues for most of her life, and she was a full participant in his care, attending doctor’s appointments and helping him at home. After her graduation, she began to take health-related classes and worked as a research assistant at Vanderbilt.

She was still committed to pursuing singing as a career, and about five years after earning her undergraduate degree, she applied — and was accepted — to the prestigious Peabody Institute conservatory at Johns Hopkins in Baltimore.

“I thought for the longest time that singing would be all I wanted to do,” Hazen said. “I was very much committed to singing as a life career. But in thinking through the costs associated with earning that advanced degree, I started to reconsider my choices.”

Then her father’s sudden passing put her at a crossroads.

Hazen opted against starting a graduate degree in voice. “I still sing all the time, as much as I can, but music is not the career path for me to pursue,” she said. “I realized there was more I could do with my life.” An overseas medical mission trip reinvigorated her interest in  health professions, and she chose to apply to VUSN.

Carrie Davis Conway, senior program officer for the Lettie Pate Whitehead Foundation, isn’t surprised by Hazen’s path to nursing. “So many of the Foundation’s scholarship recipients are pursuing second careers,” she said. “Because they have already earned an undergraduate degree, they have very limited options for financial aid. To stop working and launch a new career is an incredible sacrifice.”

The Foundation was created to honor philanthropist and businesswoman Lettie Pate Whitehead Evans (1872–1953), the wife of Joseph B. Whitehead, one of the original bottlers of Coca-Cola. Widowed in 1906 at the age of 34, Lettie Pate took over her husband’s bottling business and real estate interests, guiding both to great success. She became one of the first female directors of any major American corporation when she was appointed to the board of The Coca-Cola Company in 1934.

“When I visit the institutions we support, I am able to see in very human terms how the Foundation is making a difference in students’ lives,” Conway said. “Nursing is such an incredible, impactful field with so many exciting opportunities.”

After earning her MSN, Hazen plans to enroll in Vanderbilt’s Doctor of Nursing Practice program, with a goal of teaching and influencing public policy.

“The DNP program prepares us to be clinical leaders and administrative leaders,” she said. “Nursing is an important, powerful field that plays a huge role in the changing health care system. I feel very strongly about my place in all that. This career allows me to make an impact for myself, for my family, for my community and for my nation.

“Just one person can make a huge change. The scholarship gives me the chance to be that person.” 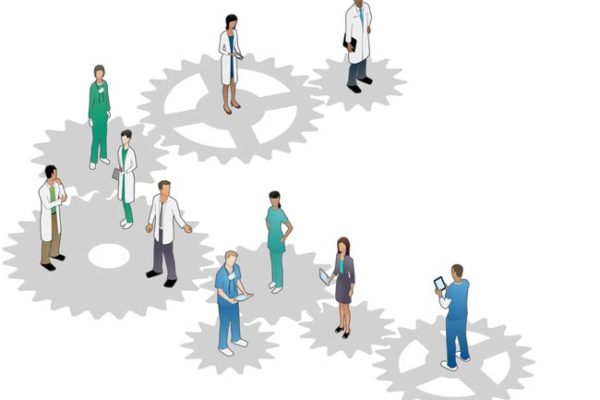 A foundation of collaboration

Tucked away in an Olin Hall conference room on the Vanderbilt University campus, 36 adults huddle over Lego pieces. Eleven teams have been assigned to assemble multicolored Legos using the written directions included in the packet. The result should be a Frankenstein figure. Each team must time their progress. Hands fly up as teams complete…

Vanderbilt University School of Nursing is a collective of nurse scholars and educators who are constantly moving forward on behalf of our students and the profession of nursing through teaching, research, practice and informatics.  The following links include a sampling of some of these accomplishments from 2014. Currently Funded Grants and Contracts Welcome New Faculty Selected…

Vanderbilt University’s Center for Interdisciplinary Health Workforce Studies was awarded $2.2 million from the Gordon and Betty Moore Foundation to address nursing workforce issues that may impede future health care. Certain regions in the U.S., particularly rural areas, continue to report a shortage of nurses, especially in specialties such as operating room and labor and…