Q+A: An Interview with Betsy Weiner and Tom Christenbery 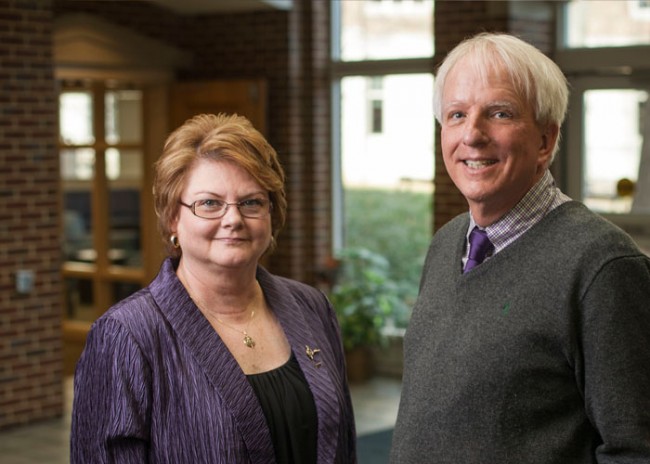 Sigma Theta Tau International’s Iota Chapter was founded in 1953 at Vanderbilt University School of Nursing.  In honor of the group’s 60th Anniversary, Vanderbilt Nurse sat down with Senior Associate Dean of Informatics Betsy Weiner and Tom Christenbery, professor and IOTA Chapter president, to discuss the history and future of the organization.

What is Sigma Theta Tau International?
TC: It’s the nursing honor society – an international organization that focuses on a global commitment to improve health of all citizens primarily through nursing scholarship.  The Iota Chapter was founded by 14 members, and today we have more than 2,000 members.  Ours was the eighth chapter, and now there are more than 480 chapters worldwide.

BW: The national organization was started in 1922 in Indianapolis by six nursing students, originally housed in a hallway at Indiana University.  STTI has expanded to an entire building in Indianapolis, which is all paid for by members. They have grown to serve 130,000 active members in more than 85 countries.

TC: The message is clear – never underestimate what six nursing students can do.

Tell us more about the research focus.
BW: I’ve enjoyed watching how the group has expanded their thinking about clinical scholarship over the years, while always promoting leadership.  Not everyone has to conduct peer-reviewed research and turn their work into an R01 for it to be meaningful to the world of nursing.

TC: Every year the Iota Chapter helps sponsor a Nurse Research Day which nets lots of quality improvement projects developed by staff nurses.  We have a panel that evaluates the research posters and selects three entries for monetary awards.  We invite School of Nursing students to view the posters, so they can get an idea of the kinds of important questions that staff nurses are asking, take those questions and develop clinical protocols.  Our students are right down there in the trenches.

BW: The chapter’s research awards are about putting your money where your mouth is.  They are not large, but they are important.  They begin to help students, particularly our doctoral students, who need money to support their projects.  It goes a long way toward later recognition, and students get the message that they are not alone.  They have the Iota Chapter behind them.  They are standing on the shoulders of the people who are in the chapter.

What other things does the chapter sponsor?
TC: Since the inception of the Doctor of Nursing (DNP) Program, Iota has sponsored the DNP Scholarly Project Presentation Day.  Students present their poster and do podium presentations for a review panel of experts.  Three are given special recognition.  It looks great on your resume as you are starting the next career phase.

Why was STTI needed in the first place?
BW: When STTI was formed in 1922 there was a growing need for an honor society in nursing. Other academic subjects had them, and nursing needed one, particularly with the emphasis on the baccalaureate beginning to turn out scholars.  Also, one of the ways to get recognized in your own university was to get recognized first in your own honor society. At Vanderbilt, there was talk about starting an STTI Chapter as early as 1939, but there were concerns.  Was the School large enough? Did it make sense for a private school of nursing? There was some friction over the years, but the students felt strongly about legitimizing nursing as a scholarly discipline.  They didn’t give up.

So, 1953 was when things came together?
BW: Yes.  It is very important that Vanderbilt was the eighth chapter founded.  The chapter names follow the Greek alphabet. Though Iota is the ninth letter in the alphabet, we are the eighth chapter because the Beta Chapter folded.  Over the years, it’s become very prestigious to belong to a one-
letter chapter.  When the chapters come together for the biennial conventions, they are positioned by founding date.  The Iota Chapter representatives are literally down in front of this large gathering.  We are closer to the microphone, and I think people listen a little better.  Other chapters acknowledge the rich history the Iota Chapter brings.
TC: When you understand the STTI history, you realize that our grandmothers did the work to get us there.

What interaction does Iota have with other chapters?
TC: The latest example is that we had a member of the Iota Chapter who moved to London.  She became a member of a chapter they are just getting started, Phi Mu.  There are fewer than 15 members and we want to help mentor them along and look for joint projects we can share.
BW: Being in STTI is a wonderful common denominator.  When I travel internationally, I usually call Sigma headquarters to ask if there are any chapters or honor societies trying to become a chapter.  I’ll mix the trip in with a consultation to a younger chapter about how to do things.

Tell us about STTI firsts.
TC: Sigma was the first nursing organization to supply nursing research grants.  It published the first scholarly nursing journal, Journal of Nursing Scholarship, and it developed the first electronic library of research – the Virginia Henderson International Library.
BW: Virginia Henderson was one of Iota’s members.  We are proud to have her signature in our induction book.  She went to a number of the Sigma conventions and loved talking and sharing her wisdom with young nursing students.  She died just short of turning 100.

What happens during the conventions?
BW: Every two years, we have a convention that unveils a biennial theme branded by the president of the organization.  In between conventions, we have regional assemblies that help officers learn how to become leaders and share ideas to get individual chapters going.  This structure has really helped us be a relevant group.  For example, this year’s Presidential Call to Action from Dr. Suzanne Prevost, who was our celebration speaker, is “Give Back to Move Forward.” Each convention also offers a continuing education program of events as well as the Biennial Convention of Delegates where important organizational issues are presented, discussed and voted. 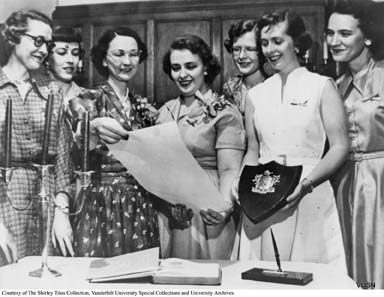 What makes you the proudest?
BW: I take great pride and delight over the student presentations – how much they have grown in a short amount of time.  I know the faculty effort that was put into helping each student and the external committee members who helped the student think things through.  I almost feel like a proud parent.
TC: Iota and its activities don’t just fall out of the sky.  People on the board are highly involved in their own careers, and own families, and still find time to make Iota work. It does take a lot of time and work.  Our grandmothers are smiling down on us during Iota board meetings.

What are the membership requirements?
TC: Once you understand the STTI philosophy, most people get hooked.  You can be inducted as a student, or you can be inducted as a nurse already in your career.  We have members who, for instance, did not have a chapter associated with their nursing school.  We have members who work at non-Vanderbilt hospitals. We have a rich variety that makes our group all the stronger.

BW: You can also have dual membership.  I joined the STTI Chapter at the University of Cincinnati in 1978 and am also a member of the Iota Chapter.  It’s literally just a few dollars more a year.  That way I can stay in touch with my original chapter as well as Iota.  I would encourage more people to consider dual membership.

What are the benefits of membership?
BW: We are a community of committed scholars.  The way I got to meet all the big names in nursing was often because of  STTI.  I had the joy of sitting next to Joyce Fitzpatrick at a Sigma event or picked other nursing leaders up at the airport.  Part of where I am in my career is because of STTI.  When I was chapter president, I had a regional coordinator to bounce ideas off of and I learned a lot. I later served as regional coordinator myself, as well as a member of the board at the international level.  I’m currently a member of the Virginia Henderson International Nursing Library Advisory Group.  I don’t want to list all the boards and committees I have served on, but to point out that for everything I put into STTI, I got back out 20 times what I invested.

TC: We have monthly board meetings, annual meetings, and a monthly newsletter.  Most importantly, we help people feel connected.  We share and build scholarship at the local level.  We want to know what each other is doing.  When we have induction ceremonies, you can see how important this commitment – this sacrifice for scholarship – these new members are making.

What makes STTI relevant?
BW: It was built on the right professional values that would allow it to have right foundation worthy of lasting 60 years, and beyond.  If it had been built on a foundation of sand, with a short view of only what was important in 1953, it wouldn’t have lasted.

What do you want everyone to know?
TC: The idea that our chapter began with a group of dedicated nursing students who understood the importance of scholarship or research before that was fashionable.  We still believe in that initial mission, even though life around us changes.

BW: We have to remember the philanthropic nature of what good things can be done through STTI.  For those who are STTI members of another chapter, I encourage you to consider dual membership with the Iota Chapter.  For those who are Iota Chapter members but haven’t gone to local, national or international meetings, I encourage you to get more involved.  Believe me, once you attend a convention or hear a debate, you will be impressed.  For those nurses, who never had the time or interest to consider membership, now is a wonderful time to seek membership.

What I Did Before

Miss Mississippi, a seismologist, a paramedic, a football player and a Peace Corps worker walk into a nursing school. No, no joke. Those are the backgrounds of some current Vanderbilt University School of Nursing (VUSN) students. Use the links below to discover what drew them to VUSN. Tristan Strong Helen Qian Rita Peters Jennifer Neczypor… 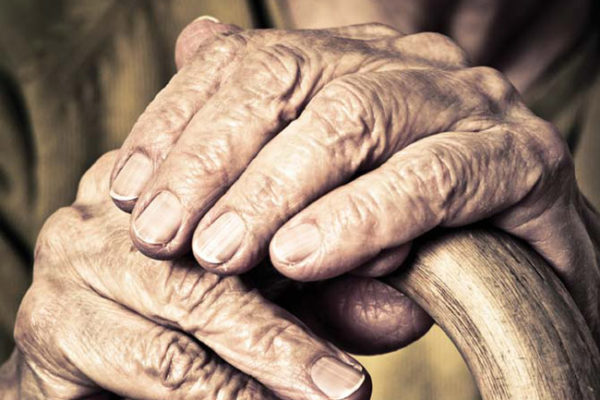 Little did Marilyn Kronsbein realize that her annual outdoor Christmas light decorating project in 2013 would land her in the Vanderbilt University Medical Center Trauma Department. A series of surgeries, plus months of follow-up and rehabilitation, have kept her from returning home for nearly two years. Long-admired by her family for her self-sufficiency and strength… 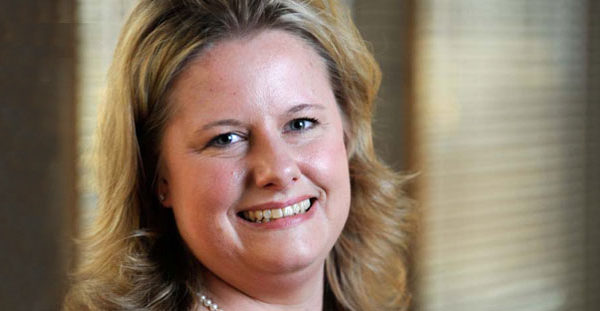 by Kathy Rivers Tonia Moore-Davis, MSN, CNM, manages the VUSN nurse-midwifery practice at two sites in Nashville with a daily staff of 10 serving clients across a wide cultural, educational and socio-economic spectrum. The faculty practice serves as an incubator for nurse-midwifery students, consistently wins national awards, and delivered more than 1,000 babies last year….