When one door closes, a different door may open – at least that’s what three Vanderbilt University School of Nursing graduates think. These resilient individuals prove that while adversity cannot be avoided, it can reshape our purpose.

In 2006 Tammy Hakim moved to Franklin, Tenn., from Michigan with her family. Two months later, Hakim’s husband of nearly 12 years died at the age of 38. He had been diagnosed with stage 4 lung cancer 10 months prior.

She was left with no local family support, two young children and her grief. Not yet ready to return to nursing, she went to Graceworks Ministries seeking volunteer opportunities.

Hakim spent the next three months creating a business plan for a nonprofit faith-based clinic called Graceworks, and when it opened, Hakim was the nurse manager. Graceworks Health Clinic, a nonprofit, faith-based organization that provides health care services for the working uninsured, students with no insurance, and individuals between jobs in Williamson County, opened in 2007 with Hakim serving as the nurse manager.

But still she felt something was missing.

Hakim always had a love for older people. Geriatrics, she admitted, has been her passion. But after serving as the primary caregiver for her husband and bonding with other patients and families during his doctor visits, she also felt drawn to palliative care.

She applied to the adult nurse practitioner program at VUSN,but also wanted to pursue palliative care. Thankfully, Vanderbilt allowed her to experience both. 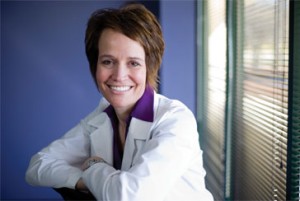 Tammy Hakim's smile is one of peace and strength. This single mother of two is uses her experience and education to help hospice patient – at the same place her husband spent the end of his life.

“I thought it would be hard to do, but that was where my heart was,” she said, “now, I’m a palliative care nurse practitioner with a mostly geriatric population. These are my two loves. What a fit. I feel truly blessed.”

Soon after receiving her advanced practice degree, the organization that took care of her husband in his final weeks – Odyssey Health – offered her a position within its newly created palliative care division.

A coincidence? Not if you ask Hakim:
“I think your life is dependent on what you make of it and what your focus is,” she said. “Each day, it is important to find the blessing and continue looking ahead for the good things that are to come even in the midst of darkness.

“For me, I look to the sky and I can envision a big angel looking down and smiling,” she said. “Jeff always told me I should always follow my heart. Faith has been a huge part of my life and to see how God’s plan and purpose have worked out – in my soul mate’s death I was able to see a vision and purpose.

“And it’s hard to see the good in it. But for me, knowing that he is smiling and that something positive came out of a negative…Just seeing how everything has panned out  I am able to bring peace and comfort to people. I am able to help them through their journey. I’ve been there and walked through it.

“I am thankful that, in something so tragic, something so beautiful came out of it too,” Hakim said. “Life can throw different trials in people’s paths and we find ourselves asking ‘why, why, why.’

“I have a ‘feel good’ feeling in my heart that lets me take a breath and smile.”

Bolton was diagnosed with Multiple Sclerosis in 2004, after years of experiencing a myriad of symptoms ranging from blurred vision and unexplained falling to numbness and tingling in her extremities.

“You want to kick and scream and cry,” said Bolton of the news of her life-changing illness. “But even at that point you are relieved because you finally have a name for what is going on.”

Bolton began experiencing problems in 1989, which lasted a few months. It wasn’t until 2002 that the symptoms returned. She admitted that it took falling in 2004 with her then 6-month-old son in her arms (he was not injured) to return to the doctor to figure out what was wrong. After her diagnosis, she continued to work as a registered nurse for a pulmonary physician in Jackson, Tenn., whose practice called for rounding  on patients throughout a 600-bed hospital. 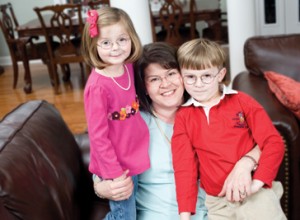 After being diagnosed with Multiple Sclerosis, Melissa Bolton wanted to inspire theirs with her own resolve. She is a role model to co-workers, 5,500-plus Facebook followers, but perhaps most importantly, to her own children, Anna, left, and Alex.

One year later, when her second child was 1-month-old, a mild MS flare-up prompted her to look at the bigger picture – the future. “At that point I knew,” said Bolton. “I was considered high risk by insurance companies. That is when I knew I had to work to have group insurance. I knew that a job as a nurse practitioner would be more stable and flexible, and that if the MS left me with some sort of disability, I could continue to work in an office setting or teach nursing to others.
“It was at that point I decided I was going back to school.”

Already armed with her B.S.N. from the University of Tennessee at Martin, Bolton entered the Acute Care Nurse Practitioner program at VUSN via the school’s modified distance format in 2006. This program allows students to continue their normal work life while pursuing a degree with comprehensive campus visits several times a semester, online conferencing and video-streaming. Practicum placements are arranged in the student’s hometown with Vanderbilt-approved agencies and preceptors.

“There was a lot that was motivating me. I always say, ‘I have MS, but it doesn’t have me.’ I’m not going to let myself be limited by it. You can’t ignore the disease, but you can always continue to have a positive attitude and do the best of your ability to push through any obstacle.”

A flare-up at the end of her spring semester proved difficult for Bolton, but it also fueled her desire to make the best of her situation. She completed her course work on time. A few months after graduating in 2007, she returned to work at the Jackson Clinic in the pulmonary division.

Bolton has the most common form of MS, relapse-remitting. It has been 16 months since her last flare-up. She is enrolled in a clinical study for the Novartis drug Fingolimod, which she credits with keeping her relatively symptom free.
“There are still days when I want to kick, scream and cry,” said Bolton, but for the most part she takes it all in stride.
She started a Facebook page cause called “*Living with Multiple Sclerosis” which has an international following of nearly 5,500. Plans call for her to facilitate a support group for young adults with MS in Jackson.

While Bolton’s reason for pursuing her masters was a practical one, her journey has proven to be a life lesson.
“I am an example that a person with MS can still have kids,” said Bolton, mom to Alex, 6, and Anna, 4. “You can still be a nurse. It’s something I tell my children – ‘no matter what, you get up and you keep going. As hard as things seem, no matter how bad you get knocked down, you’ve got to keep pushing.’”

While resilience, faith and a spirit of determination are factors for both Hakim and Bolton, they said the support of Vanderbilt instructors played a key role in their success. Tanya Sorrell, M.S.N., agrees.  It was the encouragement from peers and colleagues that served as a guiding force throughout her entire career.  But it took a sometimes fatal sting of a 3-inch scorpion to change her career path.

“I always knew I wanted to work in the mental health field,” said Sorrell, also the 2004 Founder’s Medalist. “Every job I ever had was in mental health.

“The more I worked in the field, I saw patients falling through the cracks. I knew there was something missing and I could play a part in helping patients.”

In 2008 Sorrell had a full plate as a family psychiatric nurse practitioner with Community Mental Health in Yuma, Ariz. She was juggling patients in a crisis hospitalization unit, in a psychiatric nursing rotation as a teacher at Arizona Western College, and served as a preceptor for nurse practitioner students at the University of Arizona and Arizona State University.

“I knew that I always wanted to give back,” she said. “That was a big part of my drive. I recognized that I liked my role as a teacher and a trainer. And I was content, until I was stung by a bark scorpion. Everything changed.”

A bark scorpion is one of the most venomous in North America. It can produce severe pain, numbness and tingling, as well as difficulties breathing. Symptoms can last up to 72 hours.

“If I would go awhile without breathing, my stepmother would push on me and I would reflexively take a deep breath. She said that, all the way to the hospital, I kept saying ‘I have too much to do still, God. I am not ready to go.’ She felt it was like my prayer. She said when I breathed out I said ‘not yet.’

“I guess that has always been in the back of my mind – I have a purpose. I see the bigger picture.”

Sorrell spent a few days in the intensive care unit. During her recovery, which included months of neurological rehabilitation, she began practicing Tai Chi to regain her balance and coordination. It was during her medical leave that her position was eliminated. Worried about her future as well as the well-being of her patients, Sorrell turned to her peers, who suggested she open her own practice.

In 2009, Sorrell opened Yuma Mental Health and Wellness Center, with a focus on a holistic approach to mental health, and in her first year, was selected by Advance for Nurse Practitioners magazine as one of the top entrepreneurs.

“I would have never thought to open my own business without the encouragement from my colleagues,” said Sorrell.

“Sometimes you have to take a step back and try to figure out where you fit into the bigger picture.

“Being stung by that scorpion was my greatest ‘aha’ moment yet,” said Sorrell. “I would not have taken a detour along the holistic path had I not needed it in my own recovery.”

“Holistic mental health services are integral to mental health,” she said. “One thing about being a nurse practitioner, (we) look more at the person than the diagnosis.” 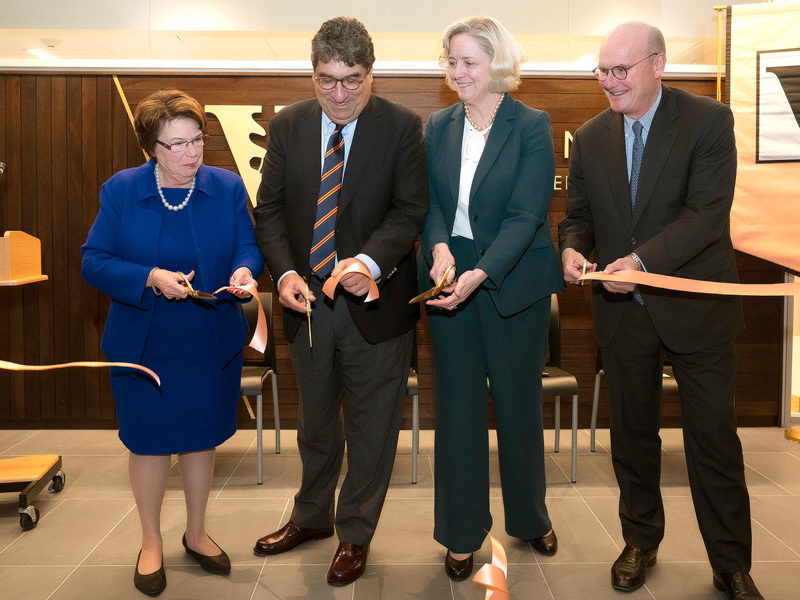 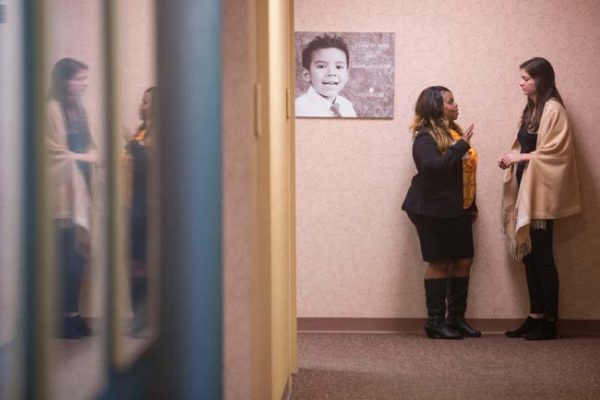 Matthew Hardy, PhD, regional vice president of Centerstone, one of the nation’s largest behavioral health care organizations, recently hired six psychiatric-mental health nurse practitioners (PMHNP) to serve the rapidly expanding need for mental health and addiction services in the northern area of Middle Tennessee that he oversees. He said he could have hired six more…

SAN FRANCISCO, CA, TMS Health Solutions today announced it has further expanded its practice to include a second clinic in San Francisco, bringing the company’s practice to four depression treatment centers in Northern California. The following clinicians will be accepting new patients at the new facility: Sasha Bergeron, MSN, PMHNP-BC, is a board-certified family psychiatric…