When Karina Maza, MSN’19, was working as a Spanish language interpreter at Vanderbilt University Medical Center a decade ago, she would sometimes find herself interpreting for School of Nursing students.

“I was impressed by how well they performed their tasks as students,” Maza says. “They were total pros—their work was excellent.”

Intrigued by their professionalism and expertise, Maza went to lunch with one of the students, who told her about the PreSpecialty master’s entry option for students with a bachelor’s in a field other than nursing. Maza, a native of Caracas, Venezuela, had earned her undergraduate degree in journalism from Universidad Central de Venezuela, but was ready for new horizons. 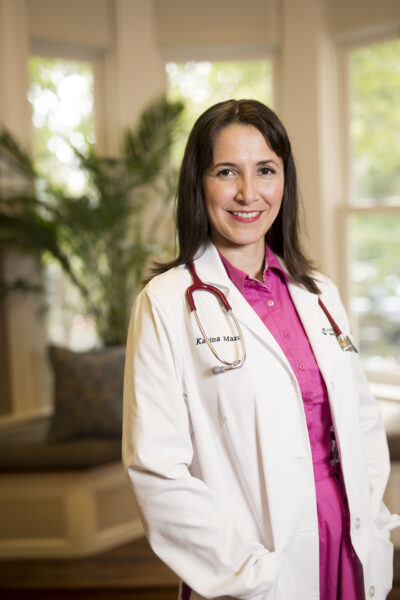 The lunch date proved to be auspicious. Maza soon was inspired to apply to Vanderbilt, and her friend became a mentor to her throughout the process. Maza was accepted and attended the School of Nursing with support from the Julia Hereford Scholarship, a need-based scholarship for graduate students established in 1944 by the Alumnae Association (as it was then called).

At the time, the Alumnae Association was led by Julia Hereford, BSN’35, a School of Nursing faculty member, and later, dean. During her tenure as dean in the 1950s and 1960s, she brought significant changes to the nursing school’s curriculum. Hereford was instrumental in developing VUSN’s graduate program, the first graduate nursing program in Tennessee. Decades later, the Alumnae Association Scholarship was renamed in her honor.

At the School of Nursing, Maza made her mark as one of the first leaders of the school’s Hispanic Latino Student Nurse Association, founded in 2018, and now known as the Hispanic/Latinx Student Affinity Group. The student group offers support and mentorship to its members and explores how nurses can provide culturally appropriate care for Hispanic and Latinx populations. At the August 2019 Pinning, Maza received the Women’s Health Nurse Practitioner Specialty Outstanding Student Award, recognizing her outstanding achievements and demonstrated leadership.

Today, Maza works as a nurse practitioner for Metro Nashville Public Health, where most of her patients are uninsured or underinsured. “It’s very rewarding to help people who are underserved,” Maza says. “Working with these patients is my way of giving back. I’m happy and fulfilled in this role that helps keep women healthy.”

Maza began her position with Metro in March 2020, right as the pandemic started to grip the local area. Over the past year she has been involved with the city’s COVID-19 Task Force and often can be found administering vaccines at the Music City Center on weekends.

“It has been very fulfilling for me to do this work for the community during this unprecedented time,” Maza says. “My education prepared me for this moment, and I am grateful for that.”

She also expresses gratitude to those like Julia Hereford and others who came before her and helped provide the resources for her to thrive.

“The impact of my scholarship is so meaningful, and it goes beyond an education,” she says. “My education helps me and my fellow Vandy grads at Metro to make an impact in the community. It’s just so amazing that there are so many donors who are willing to help us.”

“THE COOLEST JOB EVER”

Almost all Vanderbilt nursing students qualify for financial aid. Christina Echternach, MSN’17, was no exception. The Oregon native attended Vanderbilt with funding from the Colleen Conway- Welch Scholarship, which was established in 2013 to support graduate students.

Colleen Conway-Welch served as dean of the School of Nursing from 1984 to 2013, making her the longest serving dean of any U.S. nursing school. Her many achievements include opening the Ph.D. program in 1993 and the Doctor of Nursing Practice (DNP) program in 2008; establishing the national standard for advanced practice training for nurses and successfully integrating information technology into curriculum delivery. Conway-Welch had been a scholarship recipient herself and credited the financial assistance as integral to her success. 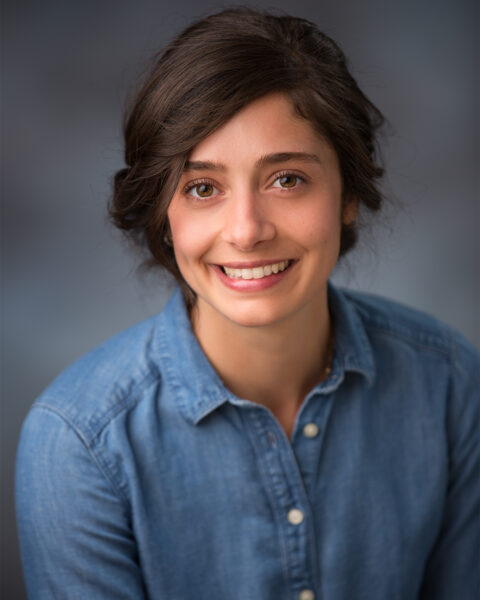 Echternach was drawn to the School of Nursing for its excellent reputation and because it offered the Nurse-Midwifery/ Family Nurse Practitioner dual specialty program that was not available at many other schools. Receiving the Colleen Conway-Welch Scholarship, she says, “eased the burden of nursing school and allowed me to follow my passion.”

“Nursing school was challenging but we were well supported, and I made some fabulous friends there,” she recalls. “Tonia Moore-Davis (MSN, CNM, FACNM), was an incredible teacher. She relayed information in a way that was understandable and approachable. She is such a smart and exceptional midwife. Everyone who learned from her wanted to be a midwife like her.”

After graduating, Echternach began working at a collaborative women’s health practice in Portland, Oregon. “It’s hard to imagine being anything other than a midwife. It’s the coolest job ever,” Echternach says. “Midwifery is special in that you get to be a part of this vulnerable and exciting time for people. It can be hard and scary. It can be happy and exciting. You get to walk this line in medicine where you are promoting normalcy and well-being, but you still have the skills and ability to respond if challenges come up.”

Both Maza and Echternach’s lives and careers were deeply impacted by the generosity of donors and the legacies of leadership from pioneering deans Julia Hereford and Colleen Conway-Welch.

“It’s important that people are supported in careers that are focused on helping others,” Echternach says. “I hope that more and more opportunities exist for people that need it.”

Current VUSN Dean Linda Norman, who has led the school to become one of the nation’s top-ranked graduate nursing programs, plans to continue her support for Vanderbilt nursing students long after she steps down as dean this summer. She and her husband established a charitable trust to support endowed scholarships in perpetuity.

“Scholarship support ensures students can apply their studies to follow their passions without financial burden,” says Norman, who is also the Valere Potter Menefee Professor of Nursing. “Creating a planned gift was a meaningful opportunity for me to continue to support students for decades to come.”

It’s important that people are supported in careers that are focused on helping others.”