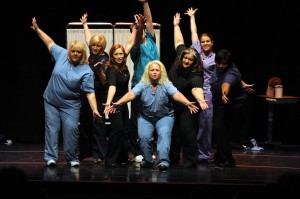 “A lot of people were amazed that nurses could put on a musical, but we all have talents,” said Sandra Sandgren, R.N., charge nurse in the pediatric operating room and a star of the musical. “Vanderbilt nurses are the best, and this musical is a validation and a thank you. It is so exciting that someone is recognizing nurses for the work that they do.”

Sandgren said that performing the musical was an emotional rollercoaster.

“I perform a scene about losing patients, and when I first heard the song ‘Another Goodbye,’ I said there was no way I could do it without crying. It was very personal because constantly losing patients is one of the reasons I left critical care. 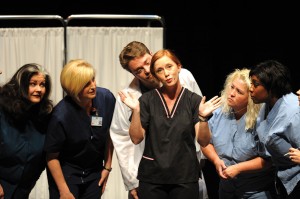 This scene was a way to confront that and remember that one patient who put me over the edge. It was cathartic and painful, but it is what we nurses go through every day.”

“Hey Florence!” is directed by Australian playwright Craig Christie, and is quickly gaining national attention for its funny and poignant look at the day-to-day life of nurses.

“The cast was invited to perform at the Roosevelt Hospital in New York City and at the University Medical Center at Princeton in New Jersey this spring. We are literally taking the show on the road with the original cast after the Vanderbilt performance,” said Glassford, who has had much interest from other hospitals and nurses groups interested in putting on additional performances of the musical.

This modified “Hippocratic Oath” was composed in 1893 by Lystra E. Gretter and a Committee for the Farrand Training School for Nurses, Detroit. It was called the Florence Nightingale Pledge as a token of esteem for the founder of modern nursing. I solemnly pledge myself before God and in the presence of this assembly, to pass… 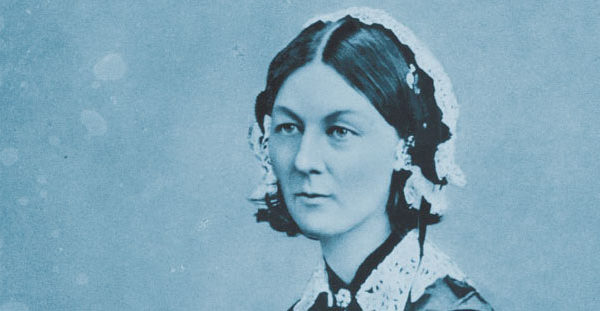 What would Florence think?

If you ask any nurse about Florence Nightingale, most will be able to say that she was the founder of modern nursing. And for many that is about the extent of their knowledge. But this woman, who served as a catalyst for changing the view of health care and nursing, was more than the lady with the lamp known for tirelessly tending to injured soldiers in the dark of the night.

Alcoholics can perform simple motor tasks, like finger tapping, as competently as those who don’t suffer from alcoholism, but they go about it a slightly different way and their brains have to work harder to complete the task, a Vanderbilt University Medical Center study shows. The Alcoholism: Clinical and Experimental Research study compared 10 patients…