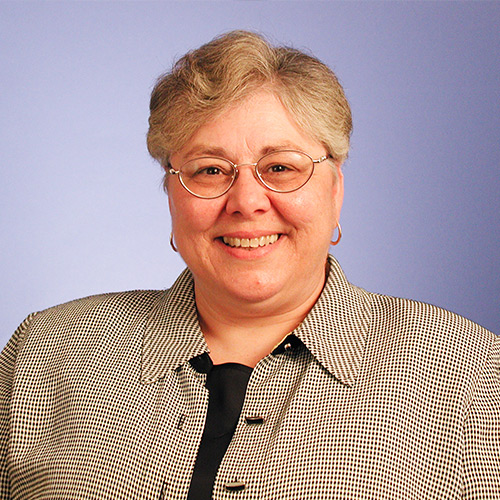 Dr. Karen D'Apolito has been involved in neonatal nursing for more than 40 years. She joined the Vanderbilt faculty in 1998 and has received faculty awards for her innovative teaching. She has served on the Board of Directors of the National Association of Neonatal Nurses (NANN) and was instrumental in the development of neonatal nursing practice guidelines as Chairperson of the NANN Practice Committee. She has also served on the Board of the National l Perinatal Association and functioned  as the Vice President for programs and Chair of the Advocacy Committee. Currently she is on the Executive Committee of the Academy of Neonatal Nursing.

In 2008, Dr. D'Apolito received the Individual Contribution to Maternal and Child Health Award from the National Perinatal Association for her work with drug-exposed infants. She has also developed an inter-observer reliability program for the Neonatal Abstinence Scoring Tool. She served as co-investigator on a multi-site NIH Grant designed to assess the severity of withdrawal in neonates born to women who were randomly treated during pregnancy with either methadone or buprenorphine. She is currently a co-investigator on a multi-site NIH grant to determine whether morphine or methadone is best for the treatment of Neonatal Abstinence Syndrome (NAS). She received a grant from the State of Tennessee in 2014 titled: Neonatal Abstinence Syndrome: Management Trends in Tennessee.

Her research interests are in the area of infant adaptation and chemical dependency. She has had many publications in these areas and has published on the topic of neonatal pain.

Dr. D'Apolito has been invited to speak to neonatologists, neonatal nurse practitioners and staff nurses at many hospitals and conferences within the US and internationally regarding the care of infants with neonatal abstinence and the establishment of inter-observer reliability using the Neonatal Abstinence Scoring Tool.

Tennessee Initiative for Perinatal Quality Care (TIPQC) in the development of a tool kit for the care of an infant with neonatal Abstinence Syndrome.

2008: National Perinatal Association's Individual Contribution to Maternal Child Health Award, that honors an individual who has contributed tirelessly and largely behind the scenes to enhance the maternal child health cause.