Mavis Schorn, PhD, CNM, has been named senior associate dean for Academics at Vanderbilt University School of Nursing. She has served as assistant dean for Academics for the past three years while maintaining an active clinical practice at West End Women’s Health Center.

“Mavis is the ideal person for this position. She is a gifted educator, an effective manager and well respected within the Vanderbilt and health care communities,” said Linda Norman, DSN, RN, dean of VUSN and Valere Potter Menefee Professor of Nursing.

Schorn joined the Vanderbilt Nurse-Midwifery faculty in 2002 and became its director in 2006. Under her leadership, the program has grown in prominence, and is ranked by U.S. News and World Report among the top three graduate nurse-midwifery programs in the country.

In 2010, she assumed the newly created position of assistant dean for Academics, while continuing to lead the Nurse-Midwifery program and maintaining her clinical practice.

As her role is expanding, Schorn has focused primarily on regulatory and compliance issues, systematic program evaluations, global health opportunities and other school-wide academic needs. She has held national leadership roles in the American College of Nurse-Midwives, and is recognized for her research on pregnancy, specifically the third stage of labor.

She was inducted into the fellowship of the American College of Nurse-Midwives in 2011, has consistently received clinical practice awards for meeting national satisfaction benchmarks, and was named the Tennessee March of Dimes Nurse of the Year for Education in 2010. 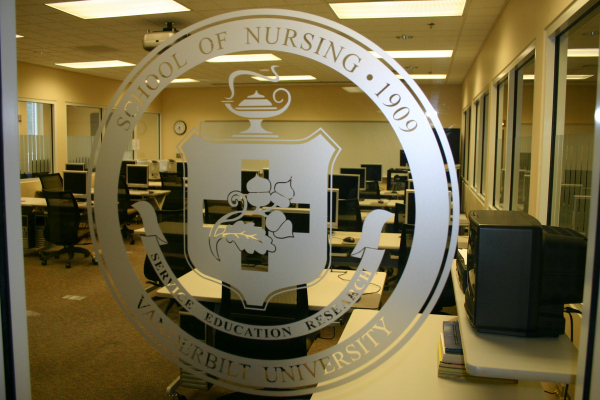 Barbara A. Given, Ph.D., R.N., FAAN, the Visiting Ingram Professor of Nursing at Vanderbilt University School of Nursing (VUSN) and university distinguished professor at the Michigan State University College of Nursing, will lead the search committee for the next senior associate dean for research for VUSN. The trans-institutional search committee will work with executive search…

Congratulations to Senior Associate Dean Betsy Weiner and DNP Faculty Mark Frisse on being inducted into the Institute of Medicine this past weekend. With more than 1,900 members, the IOM is the health arm of the National Academies, serving as an adviser to the nation to improve health and promote health-related research. [ Article ]

Mavis Schorn, PhD, CNM, has been named assistant dean for Academics at Vanderbilt University School of Nursing. She will also continue to serve as program director for VUSN’s Nurse-Midwifery Program, one of the School’s largest specialty tracks that was recently ranked No. 3 in U.S. News and World Report. In this newly created role, Schorn…